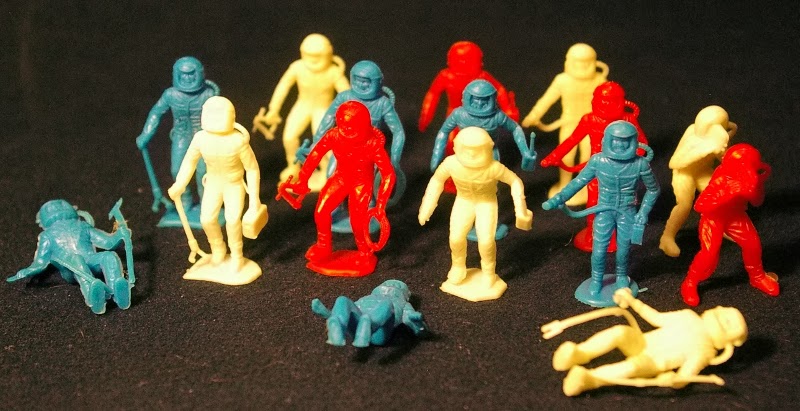 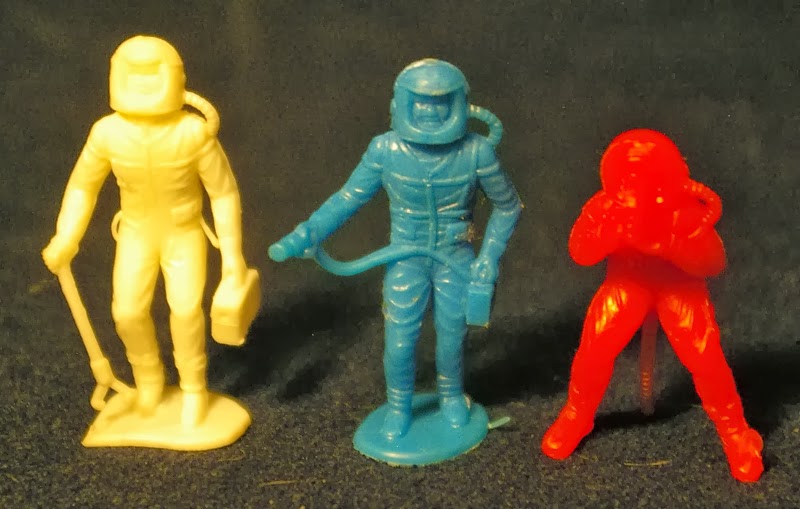 Back to my series on little plastic men from my big old barrel. Today I'm posting out the MPC Astronauts, which I did actually post about here on Action Figure Adventures a while ago.

I've had these figure for years. I think they came from a neighbor kid, but I'm not really sure. I used to have some missiles, rocket pieces, and command center pods that went with them. I don't know what happened to that stuff over the years. 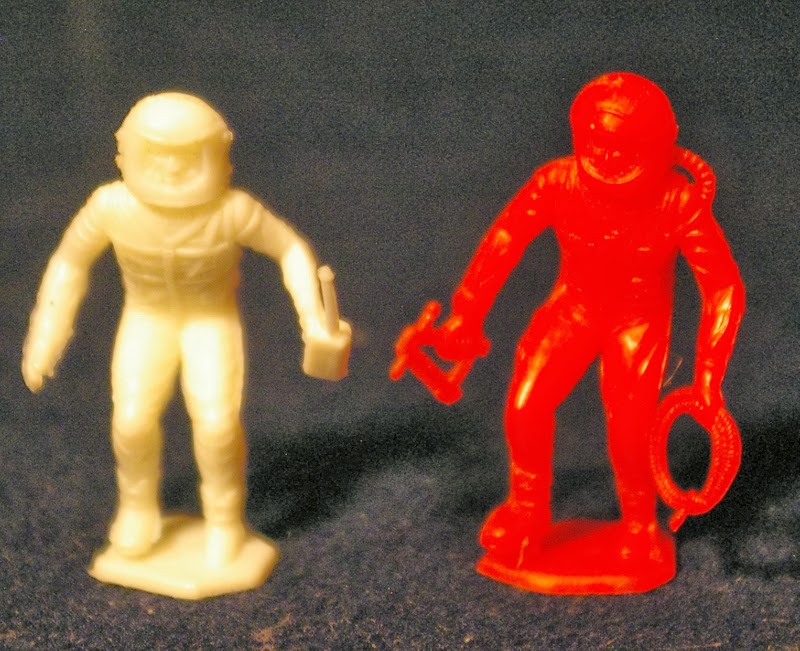 As a kid I had at least one of every figure in all three colors. The Astronauts come in white, blue, and red.

There are guys with tool kids and grabber sticks. One astronaut has a space sniffer, as well as one with a camera. There is an astronaut with a walkie-talkie and yet another with a rope and measurement tool.

There were supposedly some  MCP astronauts with space weapons, but I never had any. 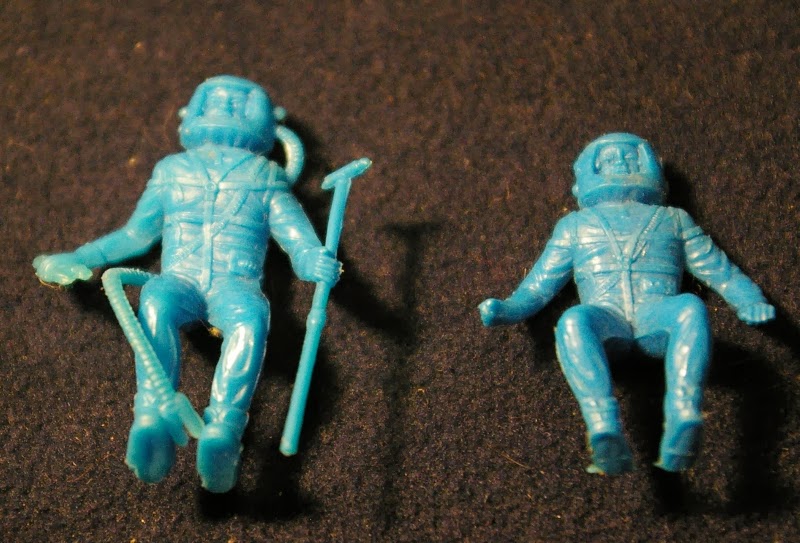 There are also two other figures who don't have bases to help them stand. One looks like he's doing a space walk (EVA) while the other almost seems to be seated like a pilot.

These old figures make me want to watch The Right Stuff again. They also make me really wish we still had a shuttle program. Space exploration really is one of the most exciting things mankind has ever done in my opinion 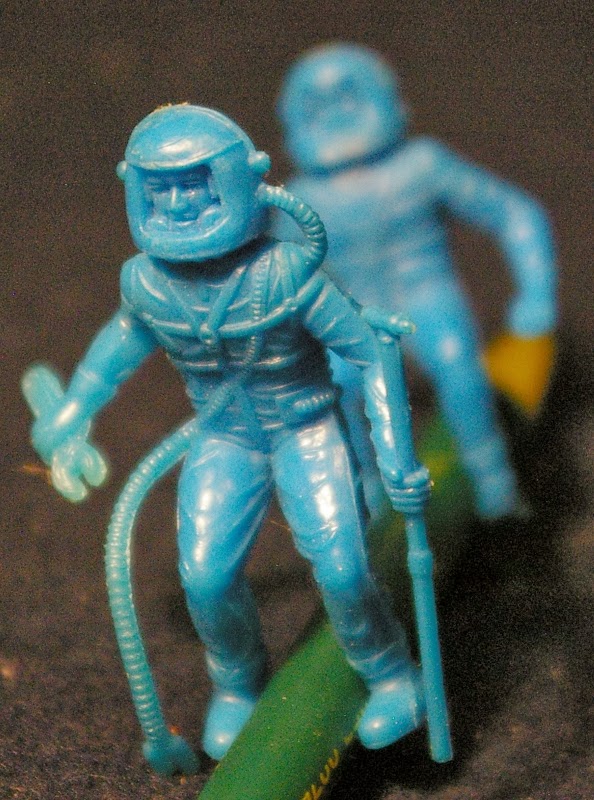 Here I have the two figures without stands straddling a ballpoint pen to help them stand up. These figures were my least favorite as a kid. They fell over all the time and just didn't seem that interesting to me. The pilot figure also seems to be smaller than all the other figures.

The old Mercury space suits look so old fashioned and simplistic by today's standards, but I really enjoyed playing with these MPC Astronauts as a kid.