Whiplash was one of the most unique characters in the early days of the vintage Masters of the Universe line. He had a great rubber tail. This made him one of the easiest figures to stand up. It also provided him with a weapon, even though he came with a spear. Later Rattlor would have a similar tail and King Randor would come with the same spear. 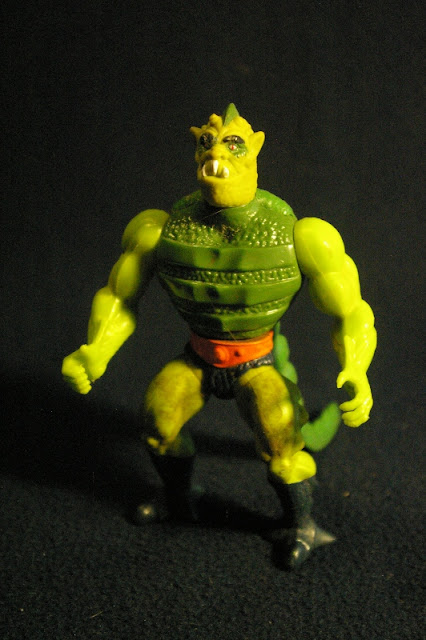 He shares most of his body with Buzz-Off, kind of funny that the parts work for a lizard and an insect at the same time. He has bushy black eyebrows, sort of like Clawful. Whiplash was a powerful fighter in both the Filmation and MYP 200x cartoon. He wasn't always the brightest though. 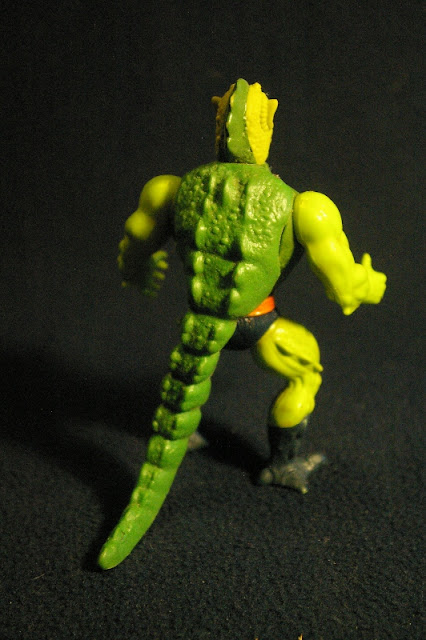