I haven't posted any of my Japanese monsters recently, partly due to the fact that I don't know the names of a lot of them. All the Ultraman monsters my buddy Derek and I collected in the early and mid 90's came with Japanese tags so we never knew half of their names.

Antlar is a giant insect monster. He has nasty looking mandible in front of his face. I remember there being a similar (but skinnier) villain on Power Rangers in the early days.  His figure is a typical hollow body with only articulation at his shoulders. He features some silver and yellow highlights on brown plastic. 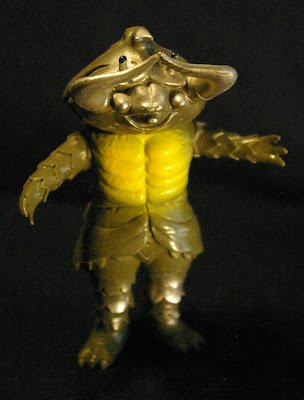 Derek some how got a duplicate of Antlar and gave me the extra figure after we made Godzilla Flick. In the video the collector's toys come to life and kill his landlord. Both Antlars were used in the film, and were a pain in the butt. He's a pretty top heavy figure and so from time to time would dive bomb out of the shot in the middle of an animated sequence. Around 10:30 in the video is where he can be seen climbing off a shelf and caused us lots of head aches. 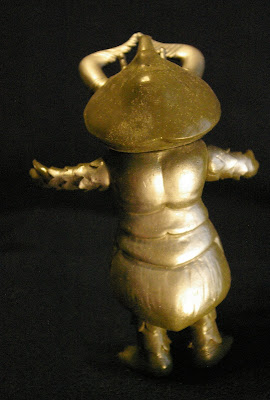