Today's post consists of a couple of Cobra characters I made by cobbling parts together and repainting them. One wears a uniform of my own creation, one is inspired by the cartoon movie, and the third is a character from the old Marvel comic book.

Dr. Mindbender in Hazmat Suit - The good Doctor is not know for being very well clothed. It's kind of funny for a scientist. We did eventually get a lab coat figure of the character, but sometimes the situation calls for something more. This figure is made from a Dr. Mindbender head, Ozone body, and a Countdown helmet. I used a dremel to cut out the face mask. Then I put electrical tape over the opening on the outside. Finally I filled the gap with hot glue. Once the glue hardened, the tape was removed and the semi-clear visor was created. I painted some dark blue details on the suit and helmet and armed him with a weapon pack Destro gun. 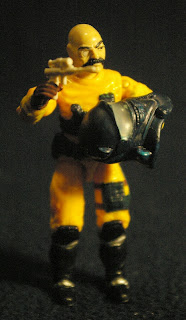 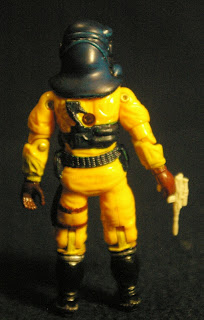 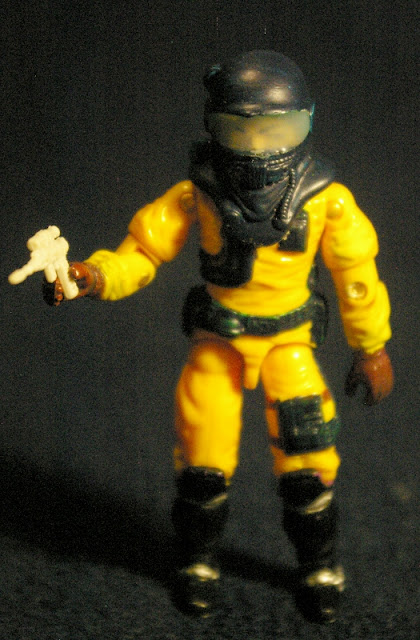 Cobra Mechanic -  In the early 2000's Hasbro drastically redesigned Recondo's uniform and released him in a two pack with the Iron Grenadier army builder. Many collectors weren't quite sure what to do with all the Recondo figures. I can't give credit, because I don't know who did it first, but everyone who had an extra Recondo and blue paint made a Mechanic from GI Joe: the movie. These guys were working on a Firebat and get beat up by Pythona. 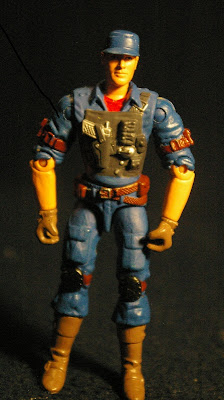 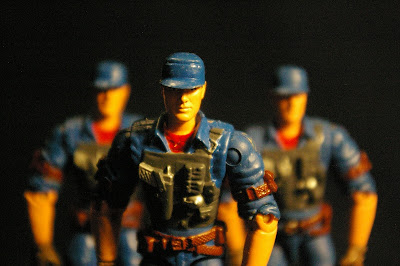 Billy -  (William Kessler-Latta in the new IDW books) is the son of Cobra Commander. He was important at various times during the original comic series. One of the high lights was when Storm Shadow was training him as a ninja. This figure is basically a badly yellowed Storm Shadow that I added an eye patch to and repainted white. I also sanded off the details on his torso because Billy didn't wear the extra sash and weapons. This is another common custom figure. 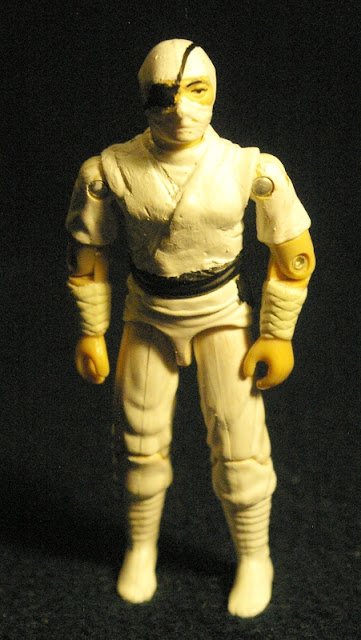