In honor of the resent sale of George Barris' original Batmobile I decided to post my 1960's style Corgi Batmobile. This small scale car was the first Batmobile toy I ever owned. It came in a big case full of Hot Wheels and Matchbox cars a boy up the street gave me when he out grew his toys. I had a lot of fun playing with it along with some other Corgi Super Hero cars from my neighbor. 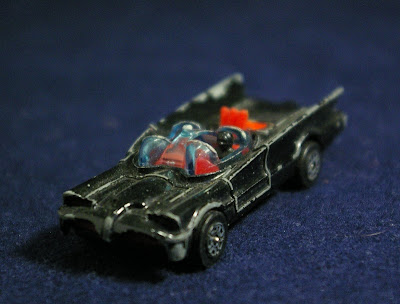 The Batmobile is all black with a red interior. It features a translucent blue bubble windshield and an unpainted Batman driver. The car also has a small bat sticker on the back behind the vertical smoke stacks. This one has seen a lot of play and so the paint has been chipped, but all the little features like the sticker and windshield are still in-tacked. 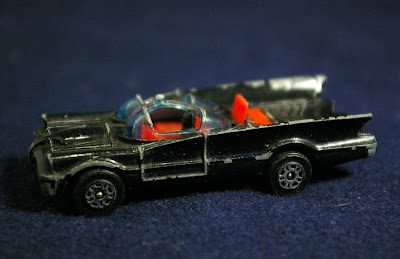 Corgi produced this car from 1976-1983. They also made a very popular version in a larger scale that featured  miniature Batman & Robin figures inside. The lager one also had a tow hook that could pull a Batboat on trailer. 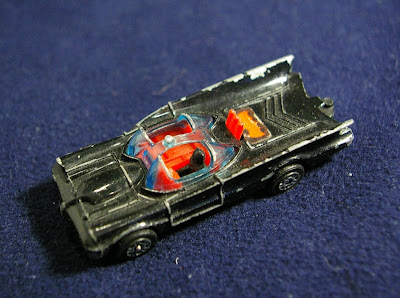