I'm a little sad that I'm posting about the last modern Thundercat I will probably ever get. The line and cartoon were both good, and I really wanted them to last a few more years. Clausus is the father of the main character, Lion-O. He appeared in the vintage show very briefly as a vision. His character got a slightly more significant role this time around. He is killed in the first episode setting the event in motion for the rest of the series. He appears frequently in flash backs through out the show. I love the fact that Larry Kenney, who voiced Lion-O in the original cartoon voiced Claudus in the new show. 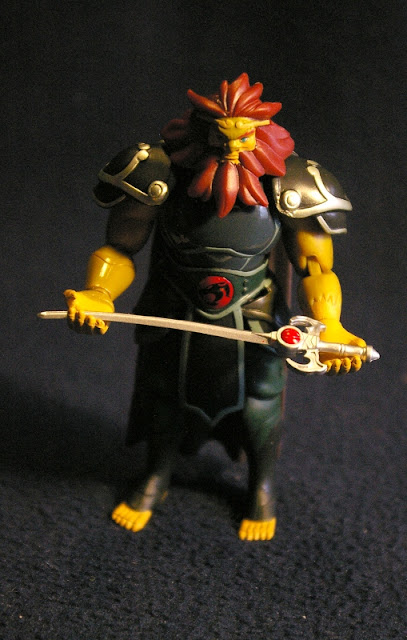 The figure has a much bulkier build than characters like Lion-O. I felt that the ability to make characters of different stature was one of the highlights of this toy line. He has nice paint apps, although the scar on his nose is a little funny looking. On some figures it just looks like a paint mistake. He has decent articulation. It is limited somewhat by his cape, shoulder pads, and skirt. He comes with a really nice sliver version of the Sword of Omens.

I did a pretty massive animated review  of most of the line back during the summer. 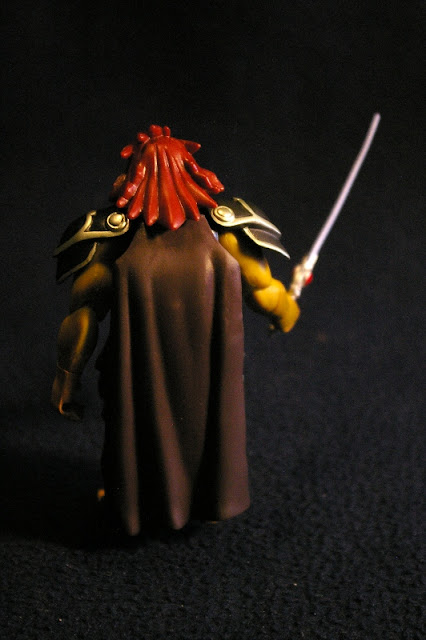 I could not find this guy in stores anywhere. Then all of the sudden the Thundercats were being clearanced left and right. I was bummed out that I missed him and that he was so expensive online. Recently when I was shopping for toys for the holiday toy drive I found a bunch of Thundercats at Five Below. I was so happy to get one for my collection. I pretty much cleaned out that store. I bought a set to keep carded. I bought figures to give to the toy drive and a couple that I sent to fellow bloggers.
Posted by Buzz Chuck at 8:41 AM