Scared Stiff was a wimpy nervous henchman for the main villain, Prime Evil. He is a robotic skeleton and has a similar personality to C3P-O from Star Was. He has standard 5-points of articulation and a simple paint scheme. He matches his cartoon likeness nicely. He is some what pre-posed by his sculpt. As a kid I wished he could come apart because in the cartoon he was frequently falling to pieces. 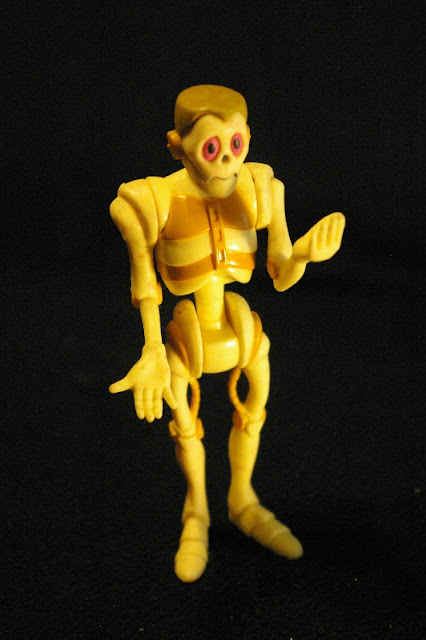