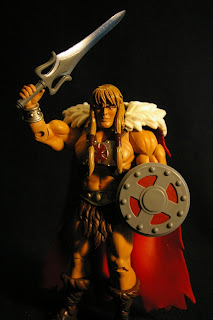 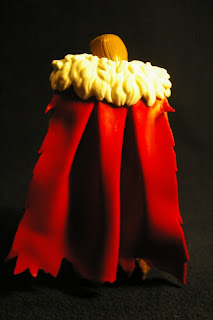 King Grayskull is basically He-Man with a longer style loin-cloth and a different head. He has a slightly different chest harness and a cape. The white part of this release's cape is flocked.  Along with the cape and harness King Grayskull comes with several other accessories. He includes a Power Sword with glowing tip, two normal power sword halves, a shield, and an orb that contains the power of Grayskull. 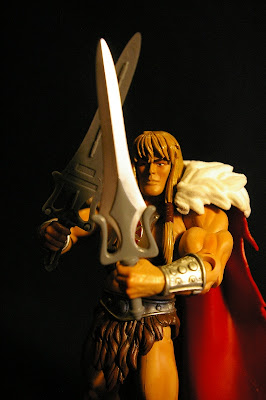 The bios on the back of the MOTUC figures try to merge all the different He-Man back stories. King Grayskull was created for the MYP 200x cartoon. The power sword halves come from the first wave of vintage action figures and the mini-comics included with them. 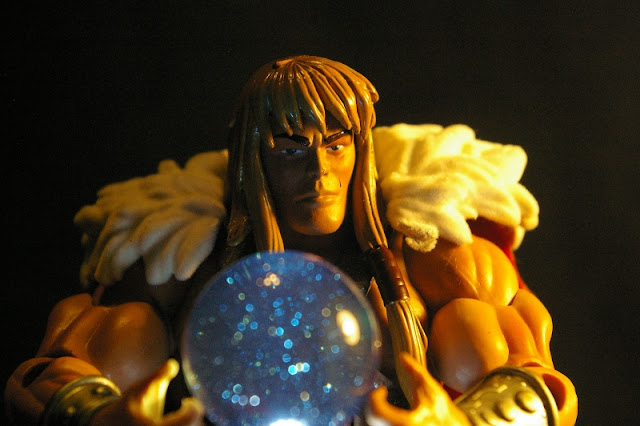 King Grayskull putting his power into the Orb. The Power Orb was then hidden inside Castle Grayskull to keep it safe until someone could tap into it's power and become He-Man.