I recently received a package of goodies from my buddy Tony from Action Figs & Things, and one of the items in the package was Captain America stickers from the recent movie. This got me thinking. I had a pretty decent sticker collection in the late 80's and early 90's, I bet there are some cool stickers in there based on retro properties and toys. 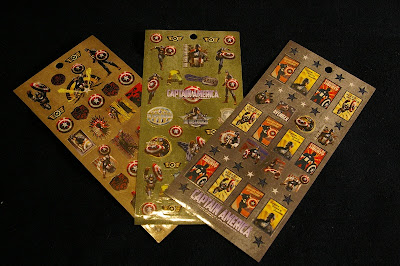 These early to mid 90's Star Wars stickers were using in party favor bags at one of my birthdays. My Mom cut up several sheet and I dropped a few in each bag. R2-D2 is one of my favorite characters and so all of his stickers were given out or used up so there is a blank spot in the bottom corner.

This sheet of Godzilla stickers came with a set of Valentine cards. There are used to seal up the little cards after they have been folded in half. Most of them were used up. 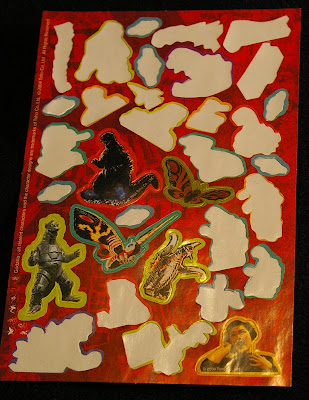 These Boglin Stamps were a prize inside breakfast cereal when I was a kid. They were to promote a line of hand puppet monster toys. My sister and I had quite a few sheets of these. We had fun licking and sticking them on pictures we drew. You may notice on the yellow and green sets the little Boglin characters are all named. 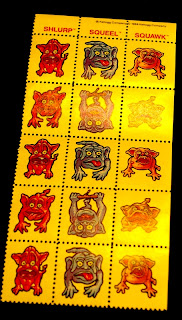 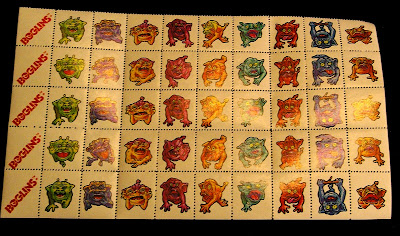 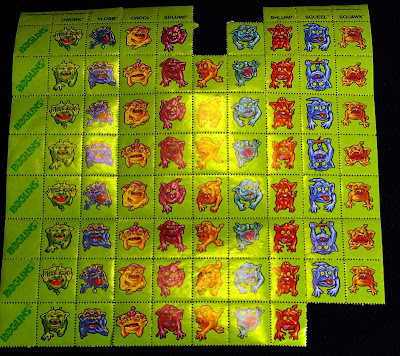 This next set of stickers was part of the Keep Pennsylvania Beautiful 1989 program. I have been unable to find any information about this online. Although I found a couple of embroidered patches on ebay with the robot on them. These stickers came with a comic book and the Robot, Trashcan, and Paperbag guy all tried to clean up the Earth in the story. It's been decades since I read it, and don't remember what it was called. My sister used markers to color in her stickers.

Here is a close-up of the Earth friendly team in their flying ship. 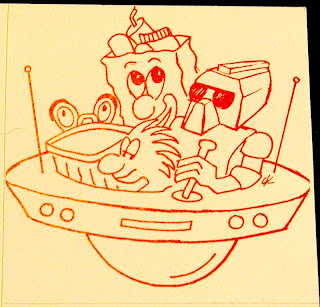 The Tang Lips. There were several different stickers that tied into this particular marketing campaign. I had this one stuck on the cover of one of my sticker books. I also had one stuck on a plastic file card box that I used to store the clip and save cards from the
back of my Ninja Turtles packages. 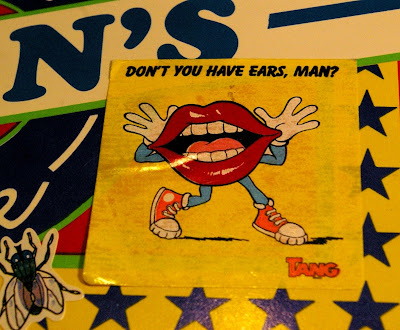 Here is Rainbow Brite stuck in another sticker book. Sticker books are kind of a weird idea, since once you put the sticker in there you can't use it again. I think that's the reason why later I kept so many sticker in there original condition on their sheet (unstuck). In the end it didn't really matter I guess. Stuck or Unstuck they have just sat in a box for twenty plus years. 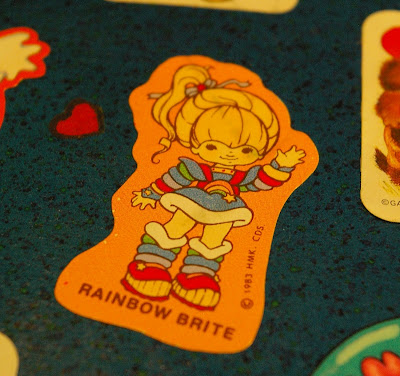 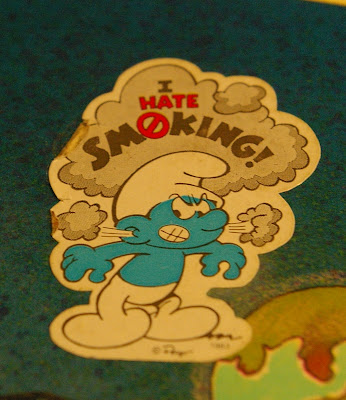