I always liked Ray from Ghostbusters. He was great in the movie and fun in the Real Ghostbusters cartoon. Fright Features Ray Stantz was the first version of Ray I owned. I liked that he he looked like a standard Ghostbuster with a twist. He has a pretty standard jumpsuit and a nice set of long gloves. It's cool that he has the goggles Ray wore in the movie. It's pretty cool that he is wearing a Ghostbuster t-shirt under the jumpsuit. Like all the Fright Features characters he came with a unique ghostbusting weapon. Ray's purple fork lift gun is an interesting weapon. 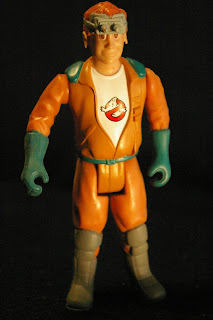 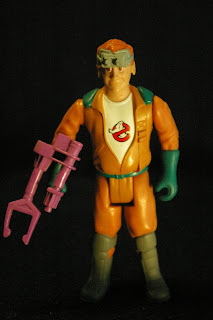 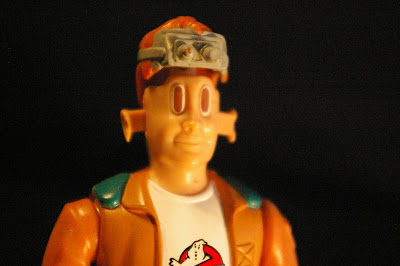 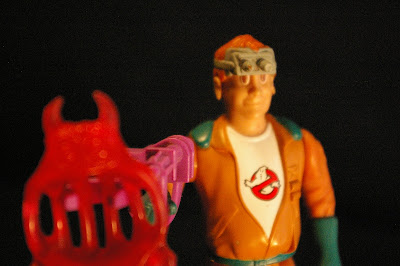 Ray also included a little red "Jail Jaw" ghost. The fork lift gun can clip between the bars of the ghost mouth. His ghost was also released in glow-in-the-dark plastic with the role-play Ghostbuster Trap. I sold the trap years ago at a yard sale, but the ghost was in a box with my action figures and didn't go with it. 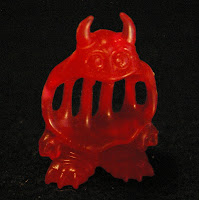 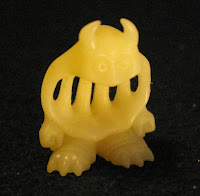