Many years ago my Mom picked up a toy box that was out at the curb for trash on her way home from work. The majority of the toys inside were Power Rangers and Batman Beyond. This Power Armor Batman was one of the figures within.

This figure was packaged as Power Armor Batman with Anti-Gravity Armor and Strike Robin. 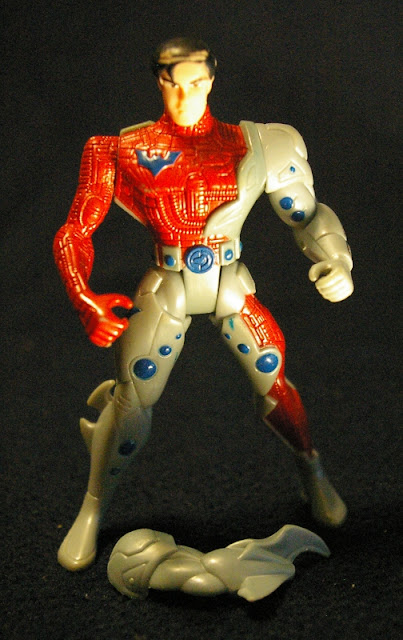 He originally came with three removable armor sections: arm, chest, leg. He also came with a removable helmet, a robotic bird, and a perch. The only accessory I have for him is one piece of his snap on armor. I liked the fact that he was unmasked. I considered performing a head swap with this figure for a body that was more civilian. Then I could use him as a normal Terry figure. I never really needed the figure for a project, so I never bothered. 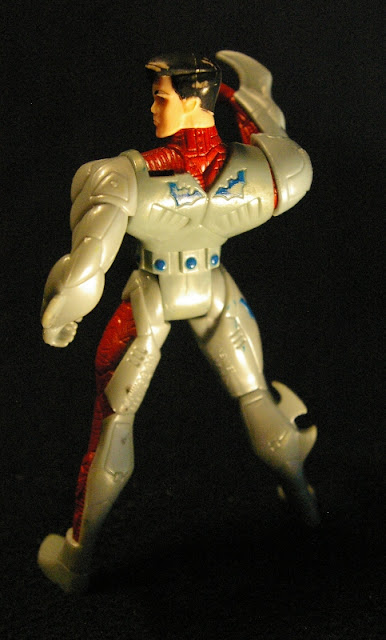