A long time ago, I had plans of making a Clone Wars web comic using photos of action figures to tell more adventures of the prequel characters. This was before there were multiple seasons of a cartoon show to fill the space between the movies. I wanted my story to include some flashbacks and really fill in lots of voids in the Star Wars story. To that end, I collected quite a few prequel action figures. Unfortunately, like many well laid plans it just never happened. So today I'm going to highlight my Obi-wan figures. 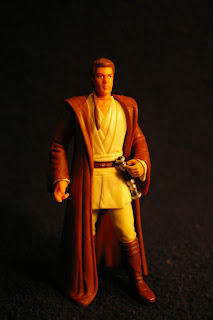 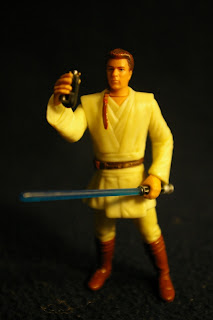 There were two different versions of Obi-wan Kenobi released around the time of Episode I. One has him dressed in his Jedi robe and the other without. They have pretty standard 5 point articulation. I don't the the head sculpt is all the great either.  I had planned to show Obi-wan as a Padawan a couple times in flashbacks while he tried to think how to instruct Anakin. 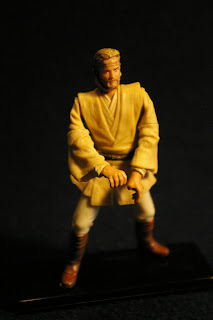 The next Obi-wan comes from the line of Episode II toys, This figure would have be used exclusively if the plot called on Obi-wan to pilot a ship. He has his little head set sculpted on. I picked this guy up at a yard sale one time. He's not a real great figure. 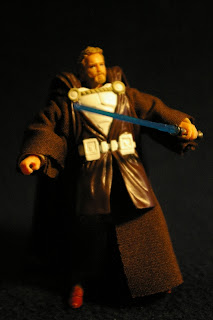 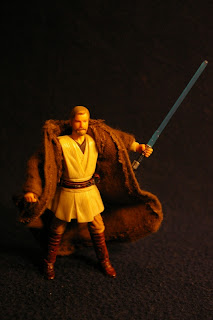 These next two figures actually have a few parts swapped around. One of the best Obi-wan figures released around the time of Episode II was a figure in a Clone Wars battle pack that came with removable Stormtrooper/Jedi armor. These two figures are a combination of parts between that figure and the super articulated Episode III Obi-wan. On the Left in the EpII head and chest armor on the EpIII body and cloth jedi robe. The figure on the right is the EpIII head on the not quite as nice EpII body. This body also has small holes in it for attaching shin and arm armor that doesn't stay on real well. You can also see this robes are not as nicely made. 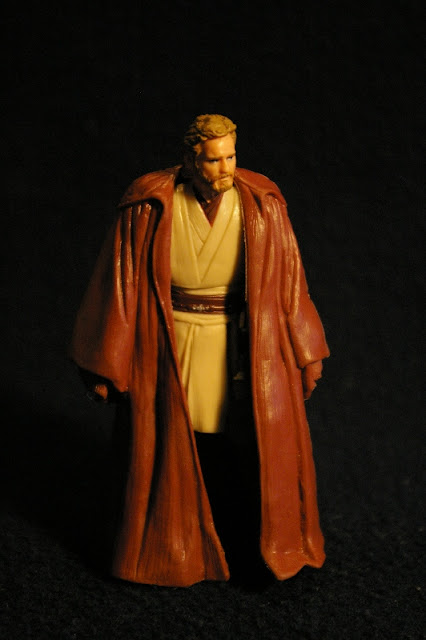 Again we has the Clone Wars EpII head on the EpIII body. In the top photo he's wearing the molded Jedi robe that came with some releases of the EpIII Obi-wan. Below you can see the same figure wearing chest armor from a Clone Trooper in training figure. Depending on what he need to do in a given story I would have changed his robes. The molded ones look nicer for standing still. Action and sitting require the cloth robe. 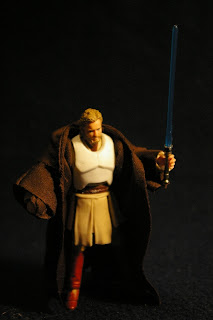 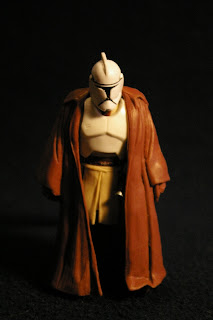 The next couple of figures are from comic packs based on Clone Wars comic books. I really like the figure with the robe. It's cool that he has the look of the molded robe, but can be posed with his arms in meaningful ways. The second figure features a masked head (to limit his ability to use the Force while as a prisoner) and a head with a removable re-breather for swimming. These two heads fit very specific story needs, and I didn't have any particular plans to use either one when I bought him, but you never know where the story might have gone. 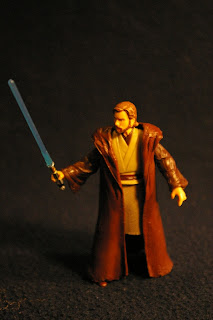 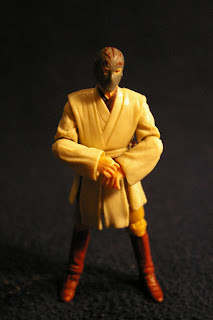 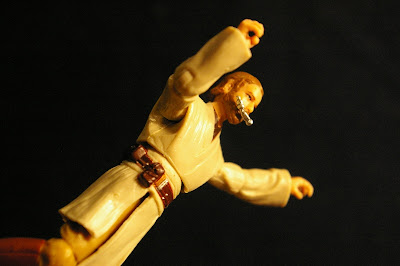 The next figure is the Episode III Obi-Wan whose body has been reused quite a bit at this point. He's pretty much super articulated, and an all around great figure. Some versions came with the molded robes other with a cloth robe and pilot head set. He's one of my all time favorite modern era Star Wars figures. 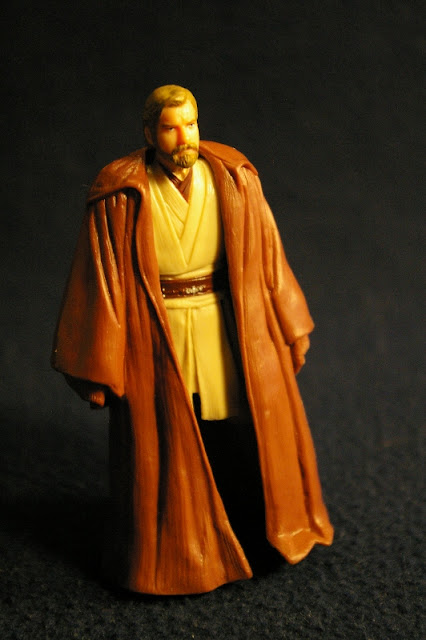 This disheveled version of Obi-wan came with the Mustafar play set. He looks a little worse for wear due to his battle with Anakin/Darth Vader. It's kind of a shame that this figure doesn't use the awesome body for the previous figure. He only has 5 points of articulation and a bad battle pose. 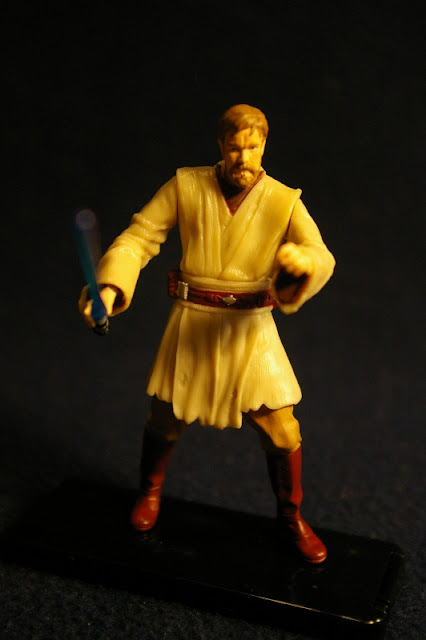 Last is two versions of the EpIII Obi-wan. The one in the background (who is in focus) has a custom paint job on his hair and beard. I had planned to use this figure as Obi-wan between EpIII and EpIV. Perhaps I would have done a few stories about Ben's time while Luke grew up. 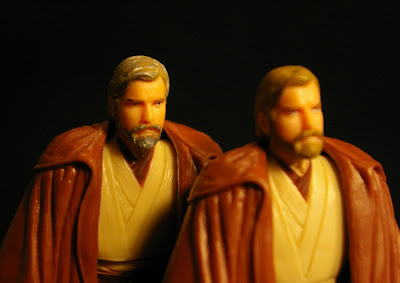