Kobra Kahn is a really well done vintage MOTU figure.. He had a cool action feature that was disguised in what appears to be a pretty standard MOTU body. His action feature makes sense for the figure and is fairly cool. He has a nice water spitting action that simulates a snake's venom. His head sculpt could have been a little more interesting had he not had the action feature, but his mouth forming a perfect circle doesn't really distract from him face too much. Fangs could have been cool, but were left off. 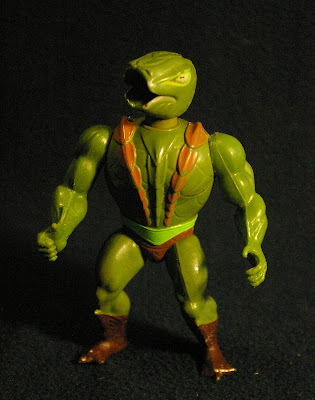 Kobra Kahn came with a blaster weapon, but I don't have it. His head is removable so his torso can be filled with water. Sometimes I see just his body at flea markets. 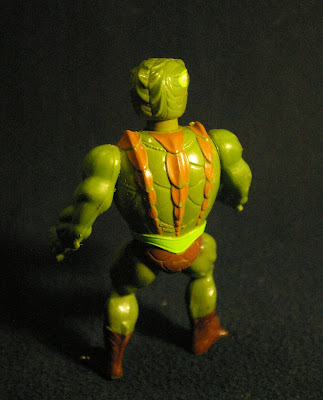