In 1989 ERTL released a set of three small Batman Vehicles in the scale of Micro Machines. The set included the Batmobile, Batwing, and Joker Van. The Batwing was the only vehicle in the set to not feature rolling wheels. 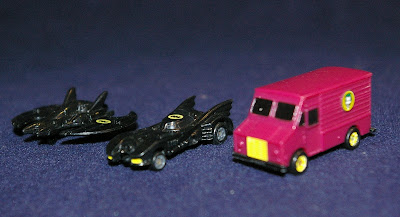 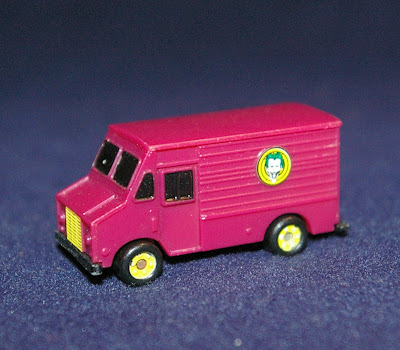 The Joker Van is a purple delivery truck with the Joker face logo on the side. 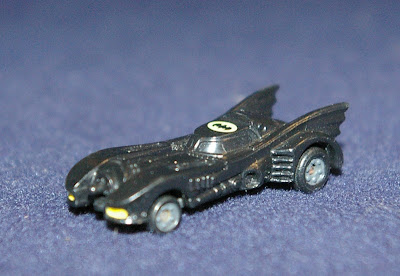 The Batmobile is nicely detailed, but is not movie accurate because it sports a
Batsymbol on the roof. I had Batmobile toys in several scales at the time and would
often pretend the Batmobile was shrunk by various villains. 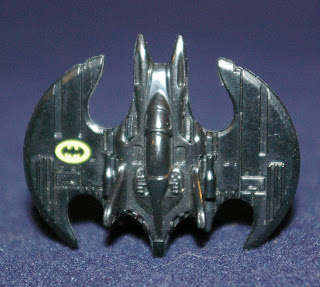 Much like the Batmobile, the Batwing has lots of sculpted on details and a non-movie accurate Batsymbol. I occasionally used this as a R/C drone for my Batman action figure when I was
a kid. I never has the larger scale Batwing the toys could fit inside.
Posted by Buzz Chuck at 11:08 AM