Casey Jones was one of  very few human characters to be made in the Teenage Mutant Ninja Turtles line. April, Shredder, and Casey where the only ones for a long time, until they produced some of April's co-workers in the Toon Turtles line. Casey is a sports themed masked vigilante. He first appeared in the comic books and then later the TMNT cartoon after his toy was released. 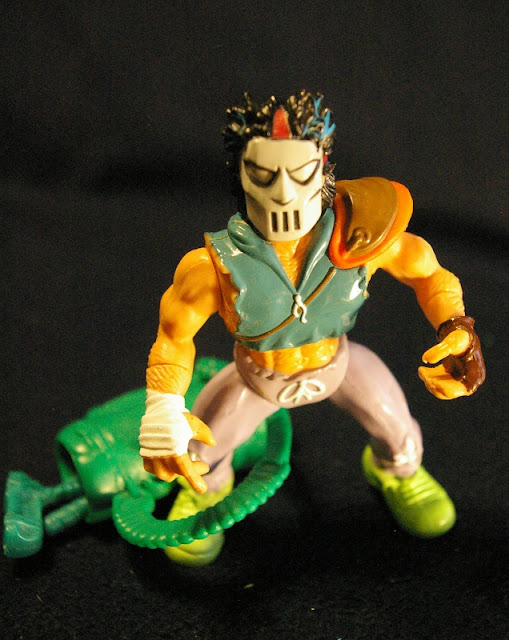 Casey wears a hockey mask, a shoulder pad, and workout cloths. His accessories include a golf bag, golf club, and two baseball bats. His sports equipment weapons all fit in his bag which can be slung over his shoulder. I always liked how his equipment had a lot of sculpted on details. Like little cracks and tape. Even his arms have a lot of detail with arm hair and  his one of hand is taped up. The only real complaint I ever had was the blue "highlights" in his hair that look like lightning bolts or veins. 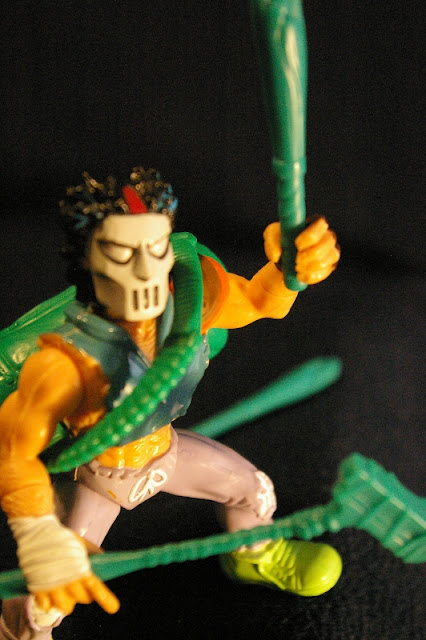 Many years ago when I scaled back on toy collecting I sold off almost all my original TMNT figures. Casey was one of four figures I decided to keep. I played with this guy in almost every Turtles adventures I ever had as a kid.
Posted by Buzz Chuck at 7:46 AM