I recently posted about another Doctor Octopus figure, so I wanted to feature this one as well. I bought this guy from a toy reseller at an indoor flea market years ago. He came with all his arms, but only one is actually still attached. This kind of sucks collect-ability wise, but added a lot of playability in some ways. His mechanical tentacles are made out of a soft plastic, but have no real articulation. I used to move the detached ones around and just pretend they were part of him. 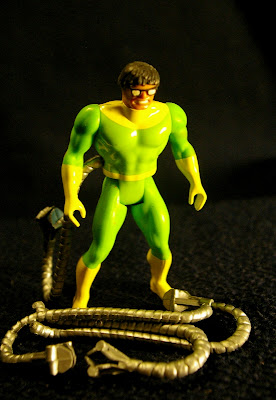 The mechanical arms are just glued into his sides and often times broke off. It is not uncommon to find a Doc Oc at a flea market with only his four human appendages. Like the other Secret Wars figures his features five points of articulation and limited paint applications. 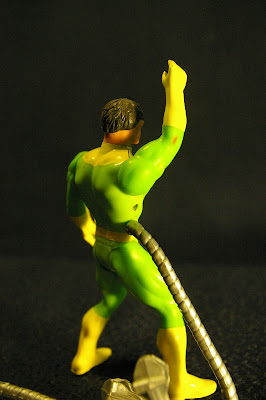