Nibbler is a bird/monkey character from a short lived cartoon show and toy line called Pirates of Dark Water. I only saw a couple episodes as a kid. I remember these figures being in stores, but I wasn't that interested in them. I picked this guy up at a yard sale a few years later. He originally came with a club type weapon.  The figure has the usual 5 points of articulation, plus additional movements for his wings. His feet are posed like they could attach to a perch. I'm not sure if they could clip to a railing on the toy pirate ship or not. 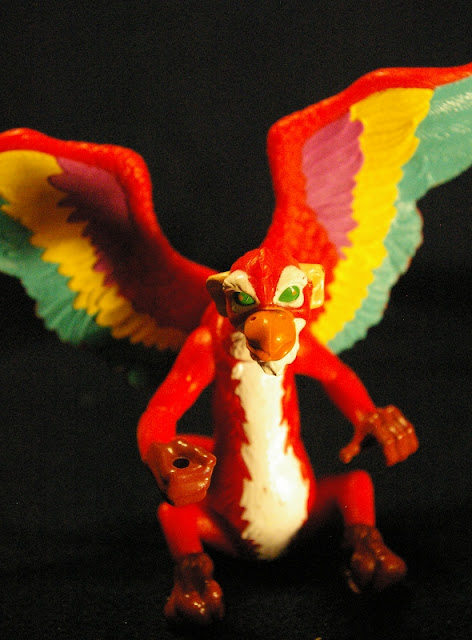