As a kid I loved Voltron. I watched the show and had a set of die-cast lions that could be combined to form a giant robot. Unfortunately I barely remember the cartoon. I was so young when it was on. I honestly don't remember Sven at all. When Mattel announced their new Voltron Subscription last year for a gigantic Voltron and all the pilots I had to get it. I planned to open all the toys, but when they announced later that the subscription exclusive figure was coming carded instead of boxed I decided to keep him sealed. 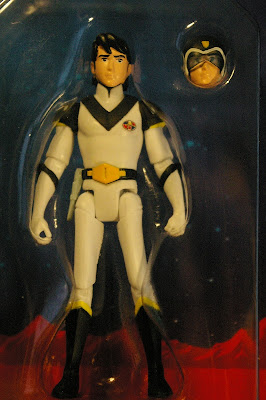 Sven, like the pilots comes with both a helmeted and un-helmeted head. He also comes with a key to the Blue Lion that serves as a figure stand. His packaging is done in the style of the vintage figure line. 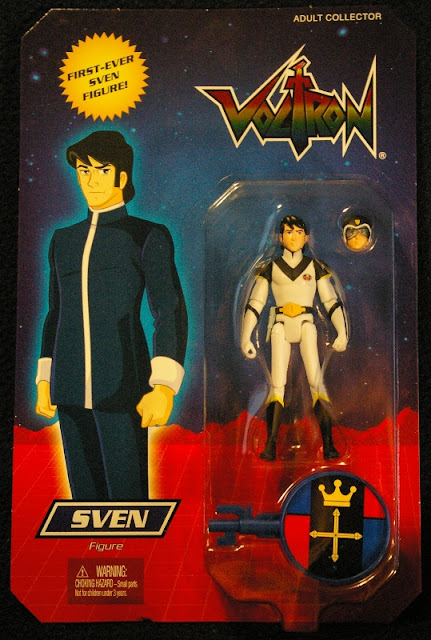