Mattel has had two of the four Ghostbusters for sale continuously on Matty Collector. I picked up Peter Venkman a while ago, but hadn't posted about him yet. This figure is almost identical to the Ghostbusters II version I previously posted about. The color of the jump suit and logo on the sleeve are the main difference. 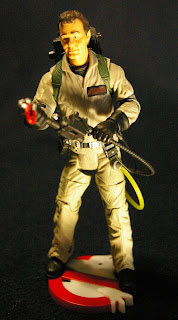 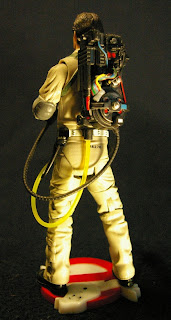 Peter comes with a non-removable proton pack and proton thrower gun. He also comes with a Ghostbuster logo figure stand.The final accessory that was included with Peter is a proton stream that can be attached to the end of the thrower. 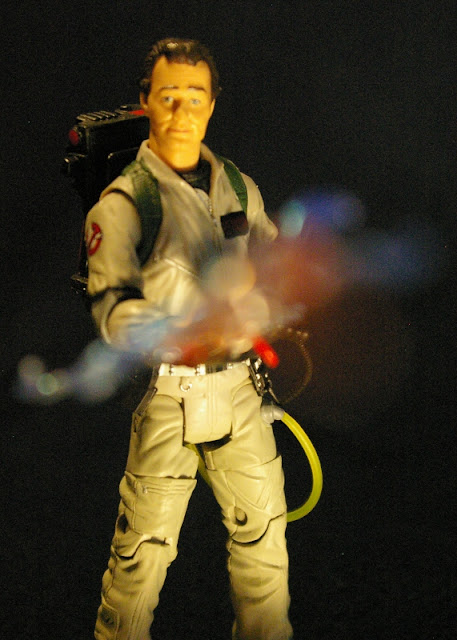 This proton steam is a slightly flexible translucent plastic lightning effect. It is molded in translucent blue and red plastic. Peter is a pretty nice figure. I wish I could get Egon and Winston now. 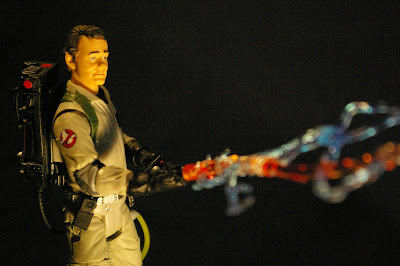