I've picked up quite a few of the GI Joe: Retaliation figures. I felt like these two needed to share a post. The GI Joe trooper and Cobra Trooper are both cool army building figures, but neither one really captures the look of the characters from the movie. 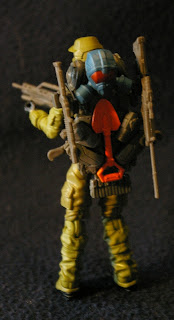 The Joe Trooper is armed to the teeth. He comes with tons of accessories. He reminds me of both Battle Corps from the 90's and Spy Troops from the 2000's. The GI Joe Trooper comes with two heads, 7 guns, 2 knives, a back pack, a gas mask, and more. It's crazy! The insane number of weapons is what reminds me of the Battle Corps days. His "helmeted" head reminds me a lot of Halo, and I didn't see a single Joe wear a helmet in Retaliation. 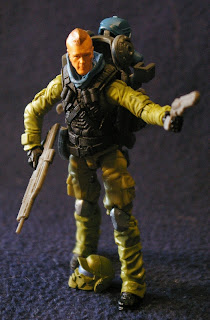 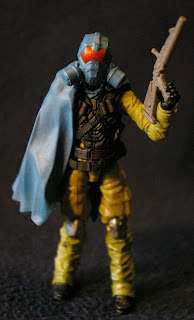 The GI Joe Trooper also comes with a head with a Mohawk hair style. The gas mask that attaches to his backpack can fit over this head. He also comes with a cape that matches his collar and mask. The cape and gas mask are what make me think of the Spy Troop line of GI Joe. 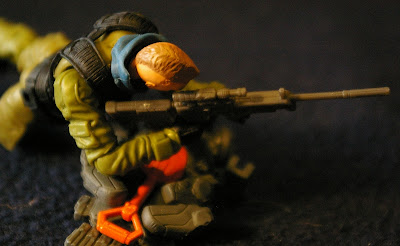 The most incredible thing about this guy is that he can carry pretty much everything at once. The shovel, gas mask, and six guns can all be held on his backpack. The two knives fit in a sheath that attaches to his web gear. 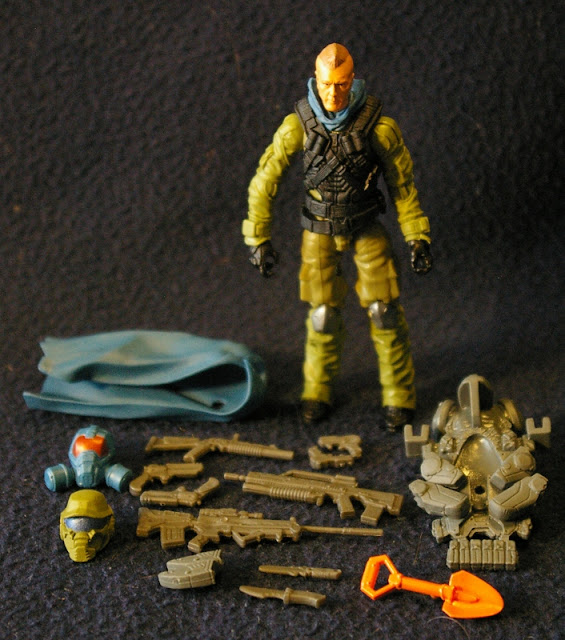 The Cobra Trooper doesn't come with quite as many accessories, but he comes with a nice cloth parachute that really works. The trooper looks kind of like a Snake-Eyes repaint. He features a light blueish-gray uniform with bright blue web gear. His web gear can be removed and replaced with his parachuting harness. 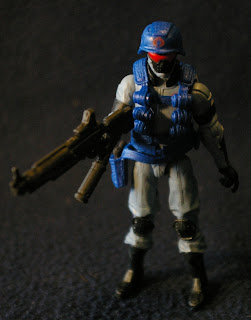 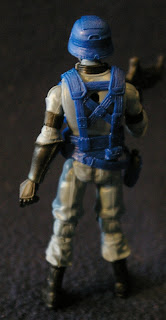 Cobra Trooper also comes with a pistol, a removable helmet, and a strange rifle. I kind of wish the bright blue was a little more muted to go with the light gray of his uniform. 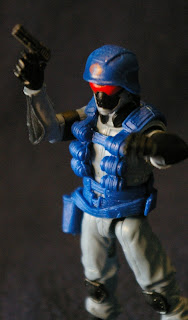 Cobra Trooper's parachute is light gray and features a huge Cobra logo. This is fun for anyone who grew up watching the battle at the beginning of the animated GI Joe movie as a kid. 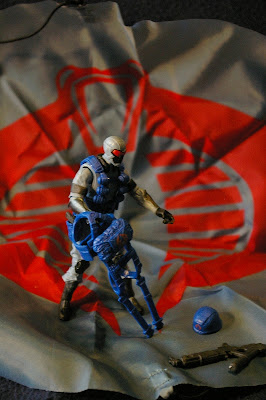 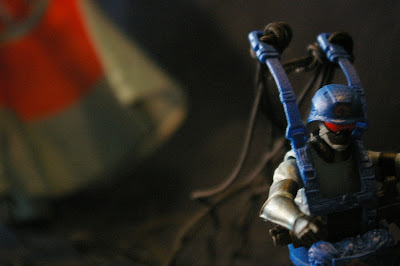 I think the gas mask that came with the GI Joe Trooper could also makes a great mask for a Cobra Trooper. I'm not sure if we will see this mask reused, but this Trooper looks cool wearing it. 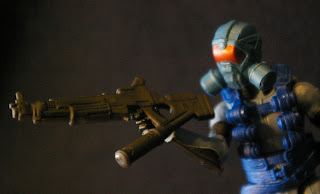 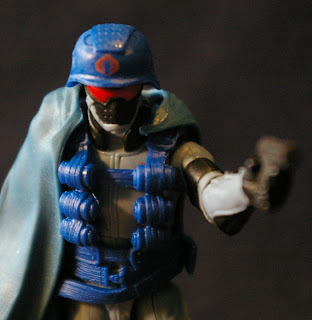 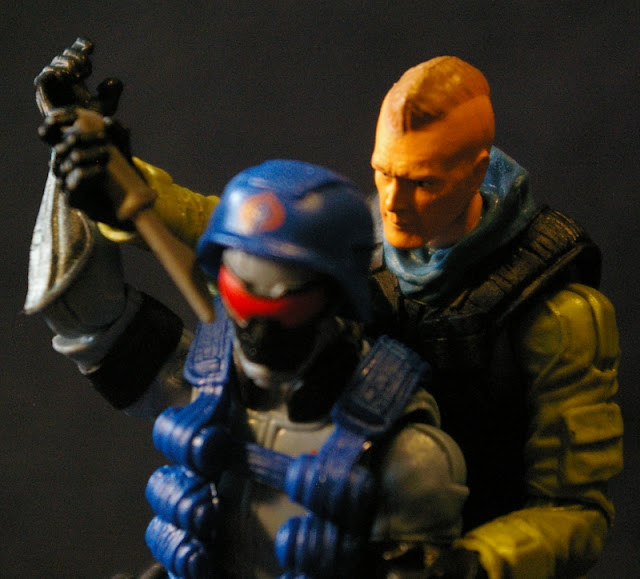 I can't recommend the GI Joe Trooper enough. With all his gear, you've got to get this guy. The Cobra Trooper is okay, but he's not my favorite trooper figure ever. I really hope at some point Hasbro puts out a Cobra Trooper figure wearing a Viper Helmet without a face mask like the Cobra's wore in the film.
Posted by Buzz Chuck at 9:51 AM