Here is another batch of custom GI Joe characters I created years ago. Some are new characters, while others are just alternate uniforms for well known characters.

Drill Bit - This Joe mechanic keeps the motor pool up and running. There are several very important support roles the that were never really filled by characters. 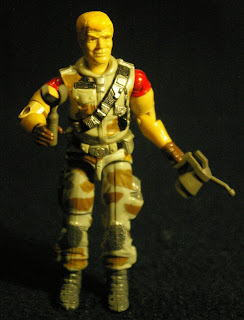 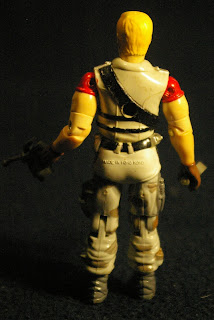 I had a duplicate of this figure as a kid for some reason and decided to paint him up. Later on, I found out that there was a Street Fighter Guile figure that used the same body molded in black. I'd like to swap the painted body for a molded one sometime to prevent chipping. I painted his visor red. 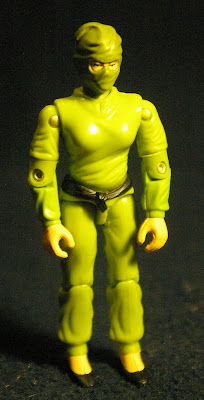 I picked up a Sonja Blade (Mortal Combat) figure at a yard sale one time. She shares the same body mold with Jinx only molded in light green. So I painted up a red Jinx head to match the outfit.


Deep Six in Sailor Gear - We are all used to seeing Deep Six in his clunky deep sea diving suit. In reality he can't wear that all the time. Luckily, on occasion in the old Marvel Comic Deep Six could be seen dressed as a sailor. I used a Dremel tool to give his shirt the sweater lines to match the arms and then painted them as well. Other small details were painted as well.