Well After two days at Too Many Games I hit up the flea markets with my usual buddies. I bought a dado blade for my table saw, the first two seasons of Entourage on DVD and three great toys. I spent $7 for the three toys. I picked up two Sandtroopers from Star Wars and Bionatops from Master of the Universe. I felt like this was a great pairings of toy finds, since Bionatops looks kind of like a Dewback. 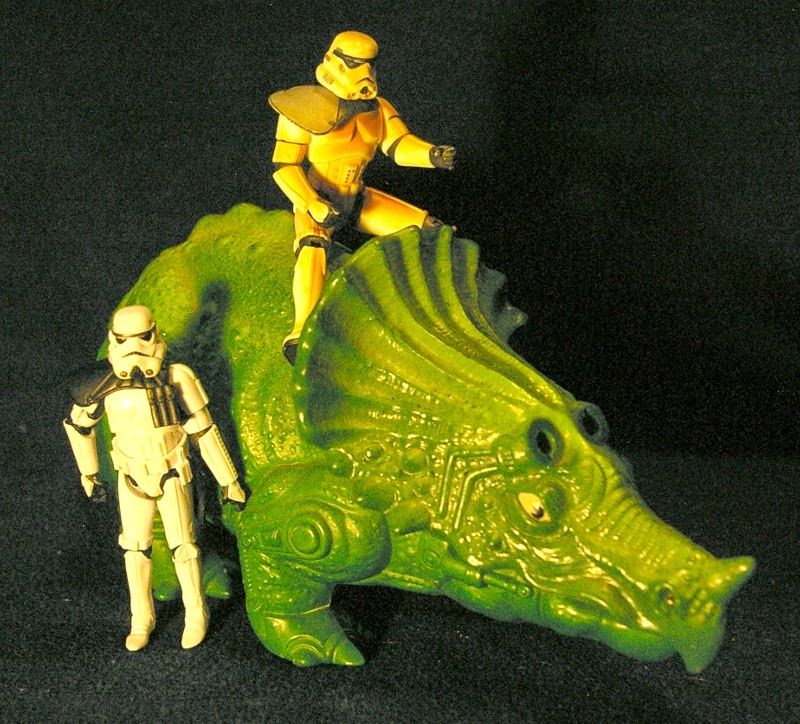 Bionatops is one of the dinosaur beasts released as part of the Powers of Grayskull series at the end of the original Masters of the Universe toy line. Unfortunatly he's missing two of his horns and his guns. I'm still happy to have him in my collection, and five bucks isn't bad for a basic body in good shape. 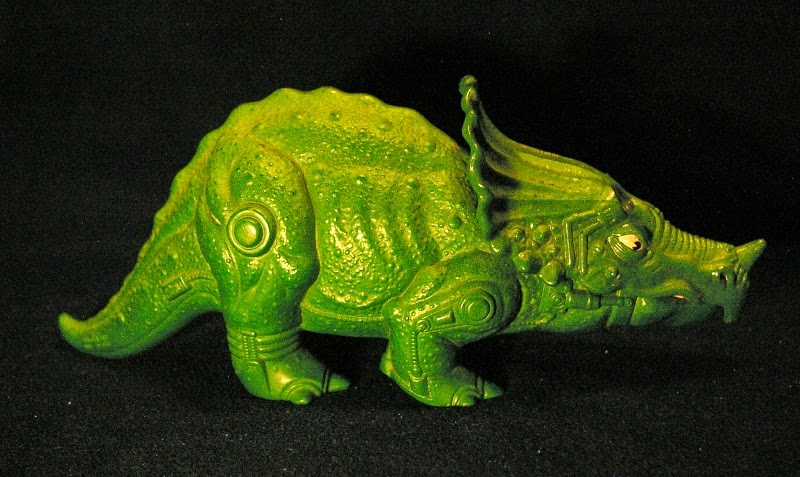 One of the Sandtroopers is from a more modern line of Star Wars figures like the Vintage Collection. The second Sandtrooper is from the Power of the Force 2 line from the 90's. He's got knee joint articulation because he original came with the Dewback from that line. 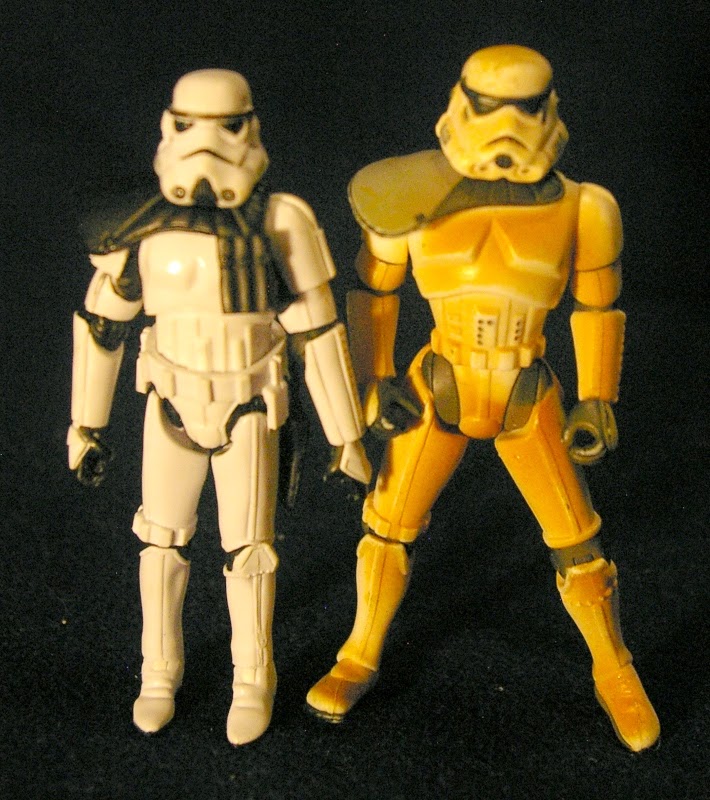