There have probably been hundreds of thousands of Star Wars products released since the first movie came out in 1977. Perhaps the most iconic piece of Star Wars mechandise is the Darth Vader carrying case. Anybody who had a collection of Star Wars figures in the 70's or 80's had a case to store and transport them around in. This awesome molded piece of plastic has places to store dozens of figures as well as a bin for their accessories. 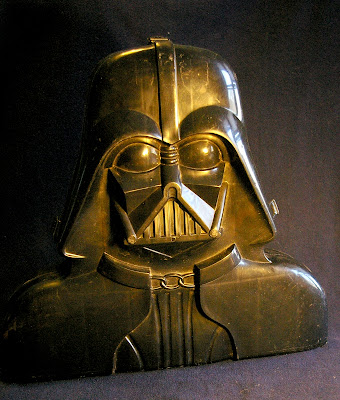 The case came with a sheet of stickers to be placed on the bars that hold the figures in place labeling were they go. It also originally came with a piece of cardboard that showed off the figures in the line. The one downfall to this case was that it didn't really hold all the figures that well. Any kid who owned a Vader Case has experienced the joy of carefully putting each figure in their correct spot and then the dread of closing up the case only to hear the figures slipping out of their little compartments. 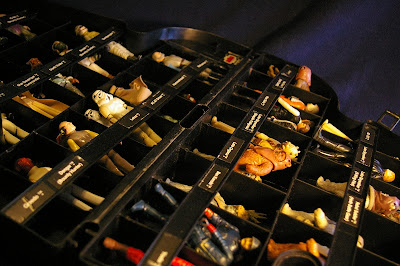