One year, in preparation for our big "Godzilla Set-Up" I created a little city as a setting for our monster battle photographs. I drew roads and other details on a large sheet of white packing paper. I marked out on it where to place dozens of buildings I made out of Lego bricks. I took my city to my buddy Derek's house and we populated it with Micro Machine cars and tiny people. Then we set up all of the Japanese monster toys. 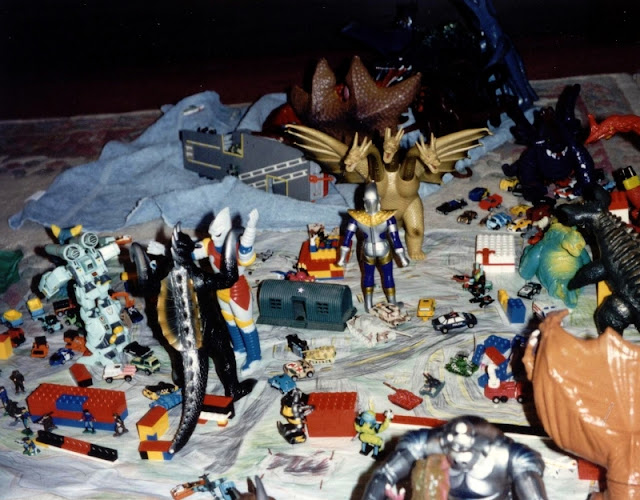 The road map would have shown up better in the photos if it had been drawn in marker instead of colored pencil. It didn't look as great in the photographs as I thought it would, but it was nice to not have the carpet as the background in the pictures. In the distance you can see we used a light blue towel as water. Along with dozens of Godzilla and Ultraman monsters, the city is being attached or defended by a Gundam robot and some Z-bots.
Posted by Buzz Chuck at 8:26 AM