1985 really was the greatest year in the GI Joe: A Real American Hero line. So many great Joes, but the Cobra Troopers really take the cake. In the first year of the line we got the generic Cobra Officer and Trooper. Then slowly the ranks of Cobra characters filled in as the line grew. In '85 the Cobra Troopers where back and this time they came with equipment for special situations. The Snow Serpents were loaded down with so much gear to take on Snow Job and Frostbite. 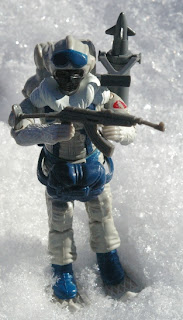 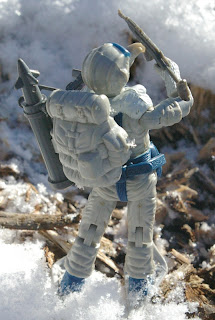 The Snow Serpents came equipped with a Rifle, Mortar, Backpack, Fanny Pack, and Snow Shoes. I bought my first Snow Serpent figure as a kid at a huge GI Joe yard sale. Since he was second hand I didn't know I was missing the fanny pack. I think this pack is actually supposed to be a parachute, based on the fact that their file card talks about them parachuting onto ice flows. One of the cool features of this figure is that the mortar can be attached to the backpack. There is a bump on the backpack and an indentation of the mortar that fit together. 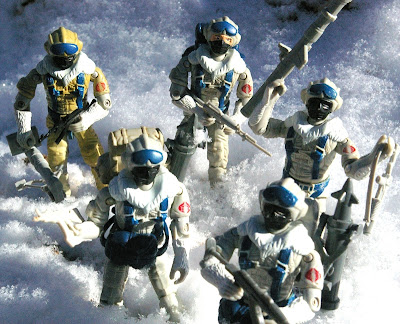 Since I love to army build, I have picked up several more Snow Serpents over the years. One of them is really badly yellowed. I custom painted a face on the one Snow Serpent to make him match the way they are sometimes shown in artwork wearing only a mask that covers their mouth and nose. I like to arm my extra Snow Serpents with light gray weapons from the various weapon packs. 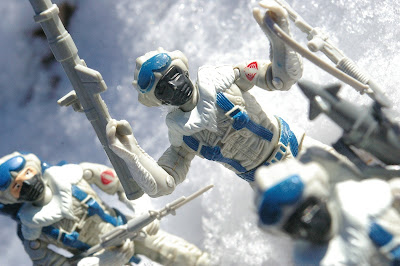 The Snow Serpent uniform is very striking being a very pail gray with dark blue webbing. The suit features white sculpted fur around the neck and on the forearms. I love the bulkiness of the winter gear. 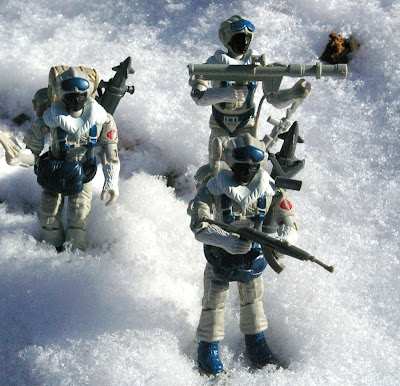 I wish the Snow Serpents would have seen a little more action in the animated GI Joe movie. There is such an awesome snow battle, but you really only see one of these guys operating the gun on the back of a Cobra Stun. 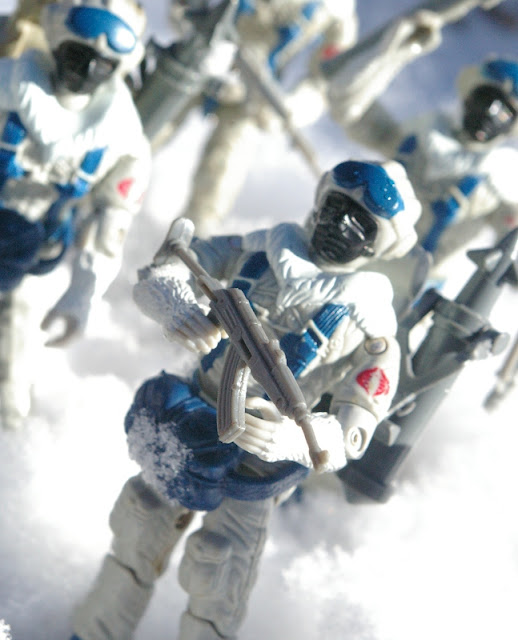