The Loyal Subjects, a toy design group that specializes in Vinyl Art Toys, has released a series of 3" GI Joe figures. These little guys come blind boxed and include a nice selection of accessories. These figures have bodies similar to Mighty Muggs, but have sculpted head. When I was at my LCBS recently they had a fresh case and I bought two blind boxes. 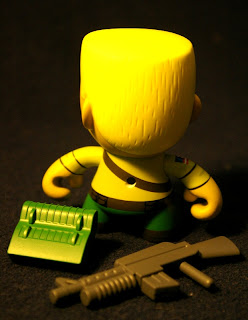 Duke is based on his v1 figure. He comes with a green backpack and a dark gray rifle. 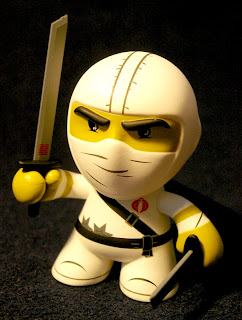 Storm Shadow is based on his v1 figure as well. He is armed with a
sheath backpack, long sword, and short sword.