Today I got up early and drove to the Dublin Fire House. Twice a year they hold a flea market there. The summer flea market is never as good as the spring flea market they had 2 months ago. I didn't find much there, but I did stop by a couple of yard sales on my way home. At the second yard sale I quickly picked up a Modern Star Wars Tie Fighter that was mixed in with various 2000's toys.

The woman who was running the sale asked me if I liked Star Wars. I replied yes. She said she had some Star Wars stuff in a box in the house that was her's from when she was a kid. I said I might be interested. She brought the box out and it was mix of vintage and modern Star Wars toys. I didn't say anything about it not all being from her childhood. There weren't any vintage weapons that I could see and no rare figures.

I asked what she wanted for the lot. She said to make an offer. I had already paid $2 for the modern Tie Fighter so I offered her $10 for the lot. She accepted, so here is what I got for a total of $12. 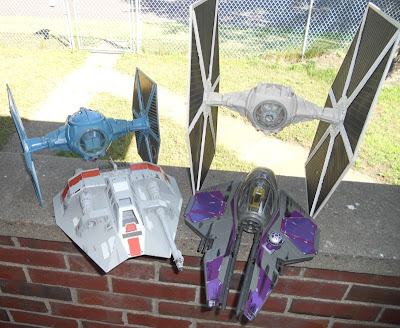 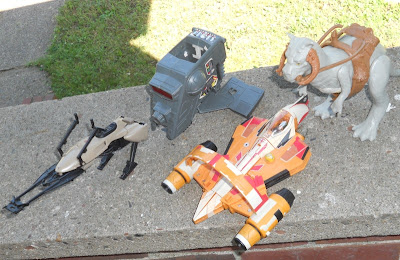 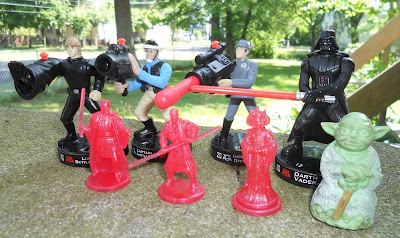 The lot contained 4 Star Wars figures from the goofy game line from a few years ago. I have a couple of them on a shelf at school that a Co-Worker game me for my Birthday one year. I also got three of the little pack in figures that came with action figures a few years ago. There is also this funky little rubbery Yoda. 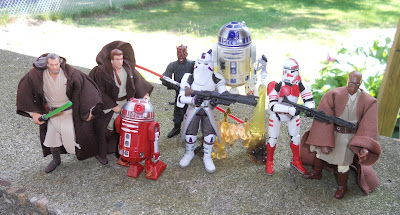 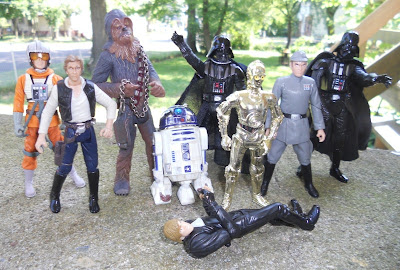 There was also a bunch of modern figures from the Original Trilogy. X-Wing Pilot, Han Solo, Chewbacca (Prisoner Version), R2-D2, C-3PO, 2 Darth Vaders, an Imperial Officer, and the weirdest Jedi Luke I've ever seen. This Luke figure is all contorted like he's being electrocuted I guess. He has a button on his back that makes his arms move. If anyone knows anything about this Luke let me know. 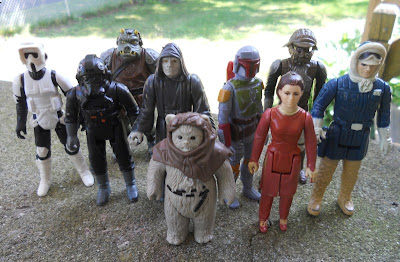 The lot also contained a handful of vintage figures. All of which were in pretty nice shape. Some of these guys will replace the figures in my collection they are so clean. Biker Scout, Tie Pilot, Gamorrean Guard, The Emperor, Chief Chirpa, Boba Fett, Princess Leia (Bespin), Lando (Skiff Guard) and Han Solo (Hoth).
Posted by Buzz Chuck at 11:10 AM