At Christmas time I went to visit my friend, comic book writer, Doug Moench. I took with me the Matty Collector Black Mask action figure I bought for him because Doug created the original Black Mask. He said that if we were exchanging toys I should go in the next room and grab one of the big boxes. I walked into a small room off is studio and saw two giant boxes containing the Batman vs Bane statue. The one box was empty because Doug had the statue out on the display, and the second one was for me. This thing is awesome! 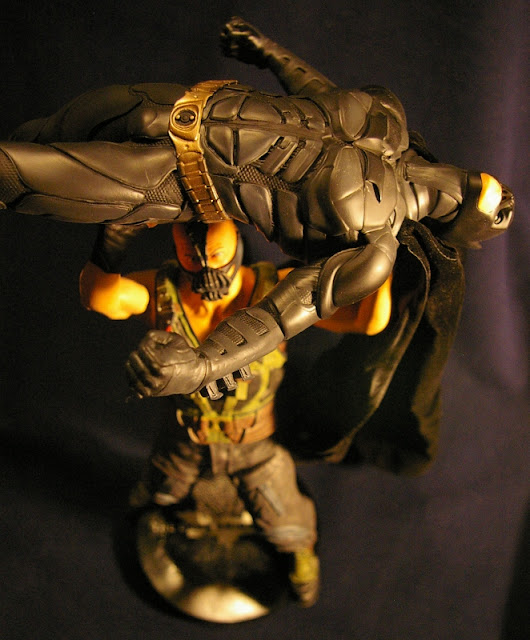 This statue is put out by DC Collectables as part of their Icon Series. It features Bane holding Batman over his head as seen in the Dark Knight Rises movie. The statue is beautifully detailed showing off the Batman's armor and Bane's mask. Batman even comes with a cloth cape that contains small wires inside the hem so you can control how it lays. 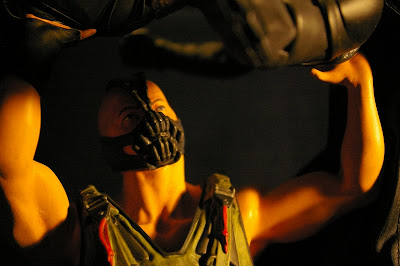 The statue is really big. The entire statue is about 15 inches tall. I actually had a hard time photographing it. My normal backdrop wasn't really big enough. The bottom pictures shows a Quarter standing  up against the statues base for scale purposes. The paint job on my statue is excellent and it looks great on top my armoire. 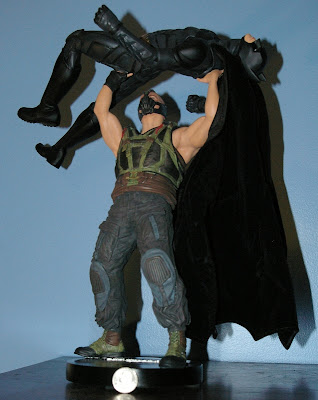