A while ago I posted a sketch of Batman done for me by Paul Gulacy. In that post I told the background story of the sketch and about how Paul's wife was upset with him for giving a kid a picture of Batman smoking a cigarette. So to make up for it Paul offered me an original page from Star Wars: Crimson Empire. He had a stack of pages with him that he had previously taken to a convention to sell. At the time I hadn't read Crimson Empire, so I was looking for a page that I felt screamed Star Wars. I wanted something in the art that someone who had seen the movies but not read the comics would recognize. 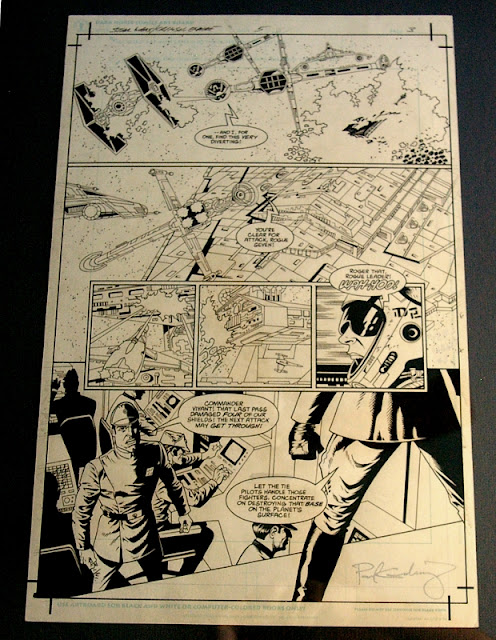 This page reminds me a lot of the final space battle in Return of the Jedi (my favorite Star Wars movie). The top features B-Wings shooting at a Tie Fighter. The middle panel pictures a Star Destroyer under attack. The bottom of the page shows Imperial Officers at work aboard the Star Destroyer. Owning the page made me obviously interested in the story behind the page. I bough the trade paperback at Midtown Comics in New York City when I went with a group of students from my Sister's College to see the play Proof, which was later made into a movie with Anthony Hopkins. After reading the comic book I kind of wished I picked a page that featured Kir Kanos or Carnor Jax. 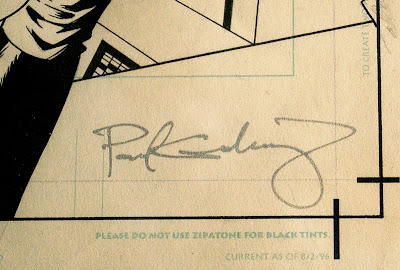 I framed this page years ago and still love having it on display today. This page was my first piece of original comic artwork. Now I have a pretty decent size collection including a number of pieces by Paul Gulacy.
Posted by Buzz Chuck at 8:14 PM