Crystar was a short lived toy line made by Remco in the 80's based on the Marvel Comic. The Forces of Order were all crystal people and the Forces of Chaos were all lava people. The basis of the story line was that when the King died his two sons went to war with each other to determine who would be in charge. While this conflict went on the King's brother was in charge. He was half crystal and half lava and so was neutral in the war between the Princes.

I bought one of the Lava Warriors at a yard sale as a kid. I used to use him as just a monster for other toys to fight. I recently picked up several other loose figures from the line at NJCC. They are all missing their accessories, but I just think they are cool looking so I decided to pick them up. 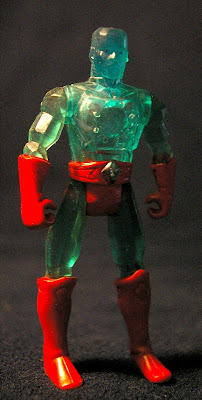 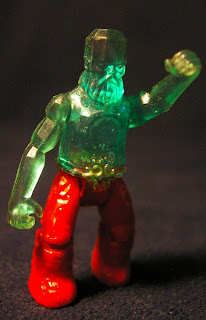 Crystar is one of the two battling Princes. He originally came with a sword, shield, helmet, and a prism scepter all made out of a blueish "crystal" plastic. Feldspar is the neutral uncle. He came with a "crystal" flail and "lava" whip and a bluish prism scepter. 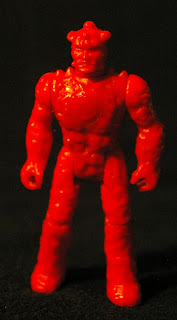 Moltar is the other battling Prince and leader of the Chaos forces. He originally came with an axe, a club, and a red scepter (which he is pictured with). The smaller Lava man (who I've owned for a while) is known as Magma Man. He came with a mace, a flail, and a scepter. 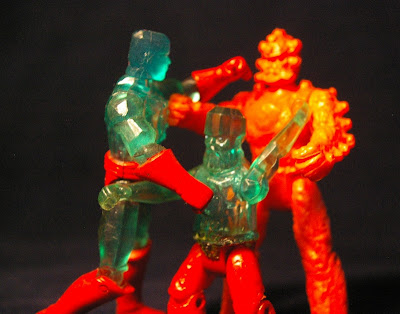 I previously posted about some retro Crystar stickers here on Action Figure Adventures. I really don't know a whole lot more about the line. I never read the Marvel Comic, and I didn't have any of these figures new as a kid. I'm not sure if the card backs had any sort of bio for the characters. 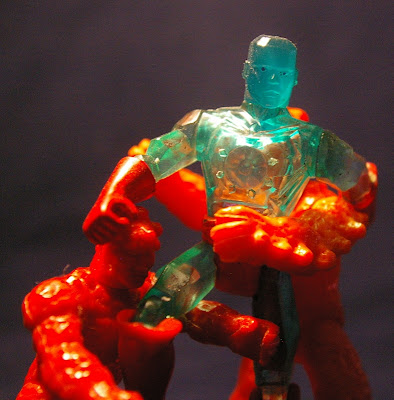