The Imperial Dignitary is one of the last characters released in the vintage line. He was part of the Power of the Force series in 1985. The Dignitary is a character briefly seen in Return of the Jedi. He wears a purple rob and hat with a red shirt underneath.

One of my favorite things about this guy is the new design for the robe wearing figures legs. Instead of the inside of the legs being smooth, they are sculpted to look like wrinkled fabric. My least favorite thing about this figure is that he barely has hands. His finger tips just poke out from the end of his sleeves. The Imperial Dignitary did not include any accessories. He could hold one even if he came with one. 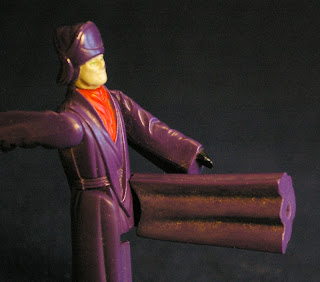 As a kid, in our version of the Star Wars Universe, my buddy Derek and I called this figure "The Purple Pope" and he was the Emperors boss. He was the most powerful Dark Lord of the Sith. He killed people with force lighting like Darth Vader force choked people in the Empire Strikes Back. Derek had him during the days of us playing with Star Wars toys every weekend. I got mine when I was completing my Vintage collection in college. Later I bought a 2nd one at a yard sale because I couldn't leave him behind for the price they were asking. I also thought he had less paint wear on his nose than the one in my collection already. 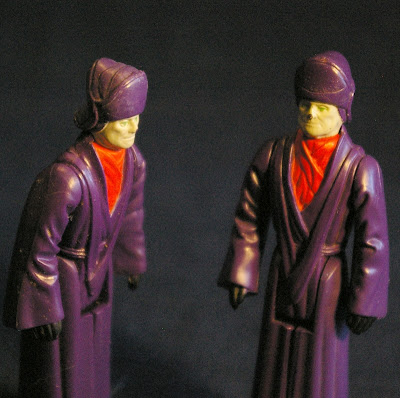