Karatti is an Evil Space Mutant originally from the New Adventures of He-Man toy line. I like to call the line "He-Man in Space". Karatti is a funky green skinned alien suited up in gold and purple armor. He has a little bit of a Predator look to him. He has dreadlocks and a face-mask similar to the classic movie villain. While not a spitting image, you can see that the designers were influenced. This figure is the updated Classics version of the character. Karatti reuses a lot of parts (like his arms and legs), but his head and armor which are new are just awesome. 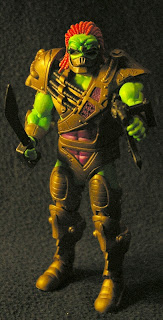 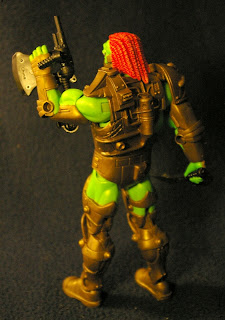 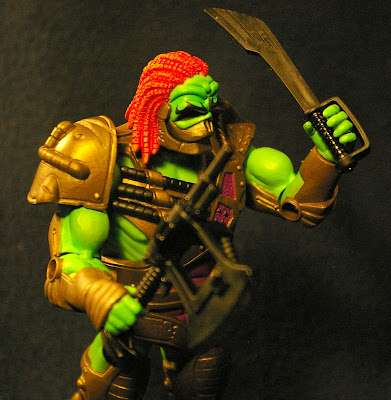 I only own two New Adventures figures from the 90's line, but all the updated versions from the MOTU Classics line are amazing. I actually can't wait for Hydron to be released as part of the 2014 subscription. If you are interested in getting another great year of MOTUC figures, and have the available funds go to MattyCollector and subscribe to the 2014 Club Eternia Subscription.
Posted by Buzz Chuck at 5:00 AM