I was out doing some shopping today and I picked up a few fun figures. First I stopped at Big Lots to see if by some odd chance they happended to get in more MOTU Classics figures. I had been going in everyday when the news first hit He-Man.org about the figures at Big Lots. The first case came and went in-between two of my visits. I walked in and they happened to have two Icarius figures. I looked around to see if they had anyone else. I've been hoping to pick up a Megator. I bought both of them, even though I don't really need them. I just wanted to own some $10 MOTU figures. 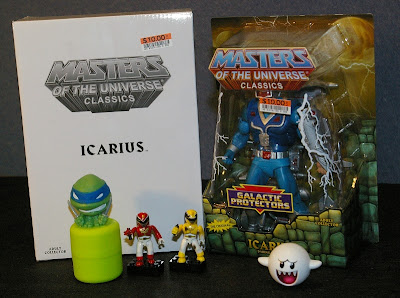 After Big Lots  I stopped at Toys R Us. They still didn't have the newest wave of GI Joes that I am looking for so I bought a few Blind Bag Mini-Figs. I bought a TMNT Mashems figure. They come in little canisters and mine contained Leonardo. I bought two Mega Blocks Power Ranger: Megaforce figures, and  K'Nex Mario figure. 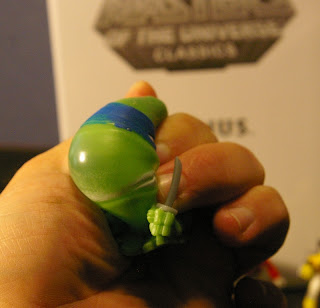 The Mashems are rubbery figures full of some kind of gel. When you squeeze them they bulge in weird ways. I didn't really read the packaging very well. I thought the figure was going to be more luck a rubber ducky. Oh well... This is probably the only one of these guys I'll probably be buying. They have several different licenses including PR Megaforce and WWE Wrestling. 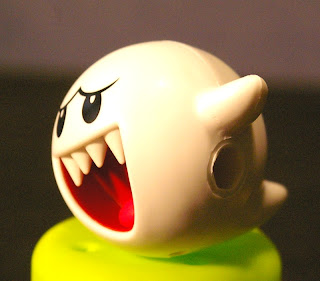 I previously bought a K'Nex Blind Bag and got a Luigi figure. This time I picked up a Boo. Now this one was pretty easy to figure out which character I was going to get buy just feeling the shape through the bag. He's pretty cool. I wasn't really expecting him to have little K'Nex sockets on the sides of his head. 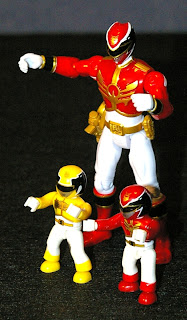 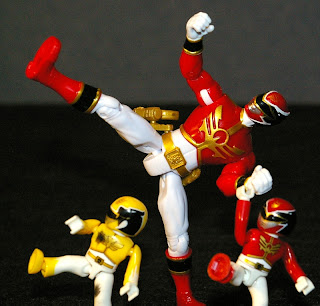 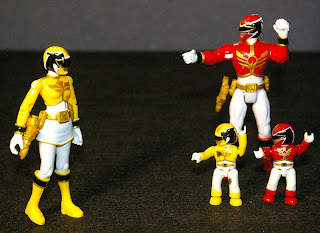 Gia: Hey Troy, what's up with the "little people"? 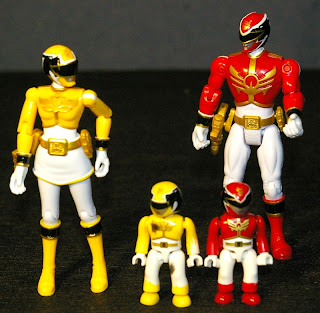 Gia: hmm... okay, but that doesn't answer my question. 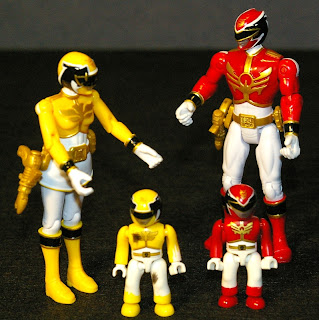 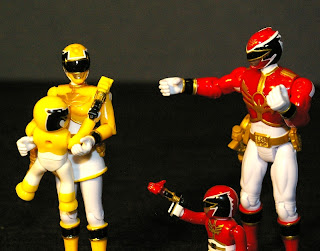 Troy: I wouldn't do that if I were you. The Mini Mes hate to be treated like little kids!

Gia: What the Hell! My Mini pulled a Megablaster on me! 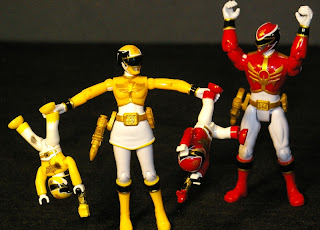 Troy: What are you doing?

Gia: Look, I'm a high school girl. I know how to deal with kids. I've done a ton of babysitting. 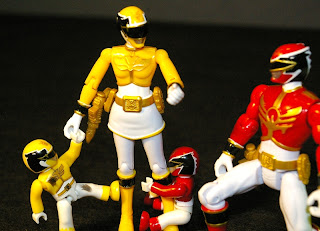 Troy: Come on... you have to be careful with the Minis. 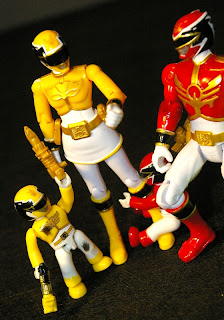 Gia: I have a question, Troy.

Gia: Why does my Mega Mini Me have battle damage and your Mini is nice and clean?

Troy: Like me, my Mini is a better fighter than yours. I can't help it that you and your Mini take hits in battle once in a while. 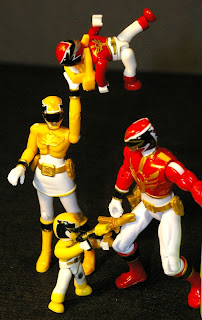 Gia: Take it back or your Mini looses his head and you loose your nuts!
Posted by Buzz Chuck at 8:35 PM