One year for Christmas I received four Die-Cast Super Hero figures. Batman, Robin, Joker, and Penguin. They each came individually carded. They also each came with a trading card that showed off a famous comic cover. I'm not sure if there were other figures in this line. The card back called them DC Comics Super Heroes, so it is possible that there were other characters. 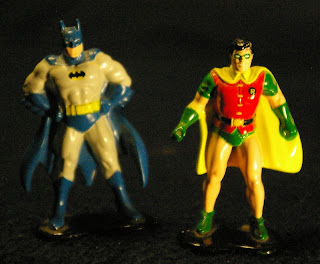 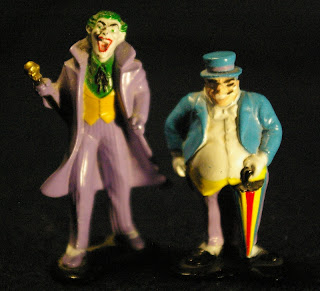