I photographed these weird little toys a while ago, but was recently inspired to post about them becuase they were just featured on the Travel Channel's show Toy Hinters. Snailiens was a 90's toy line of un-articulated rubber figures. Each character came with a hard plastic suit of armor and a rubber shell. The shell could be turned inside-out to launch little weapons or smaller mini-figures into the air.

I had one hero and one villain as a kid. Both of them were given to me for my birthday by my best friend Derek. I can't say we really "played" Snailiens much. I mean, I don't remember really acting out stories with the figures, but he had a ton of fun shooting the little satellite weapons at each other with the rubber shells. 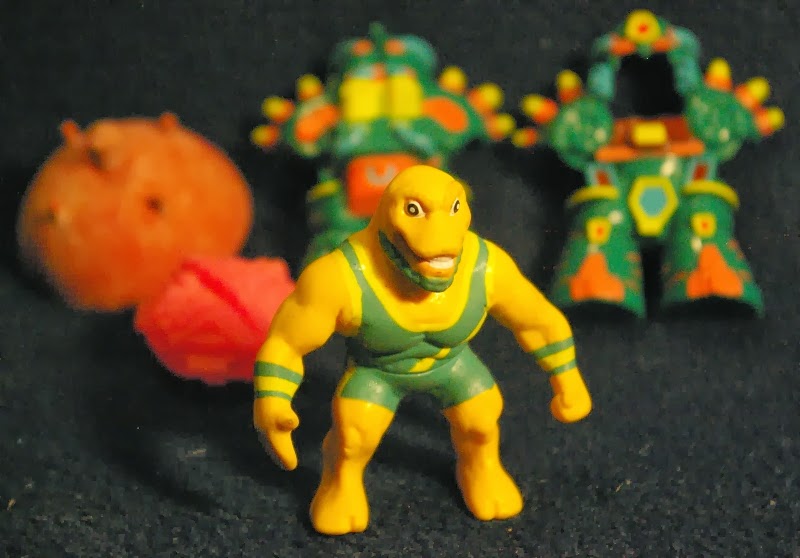 I had Lincoln the green themed Snailien. He's an orange alien wearing a green wrestling unitard. He came with a suit of green spiked armor, a pink shell, and a pink satilite to lauch at the enemy. The shells can clip on the back of the Snailien armor. The Satellites attach to a protrusion on the inside or outside of the shell, depending on how you are going to launch it. 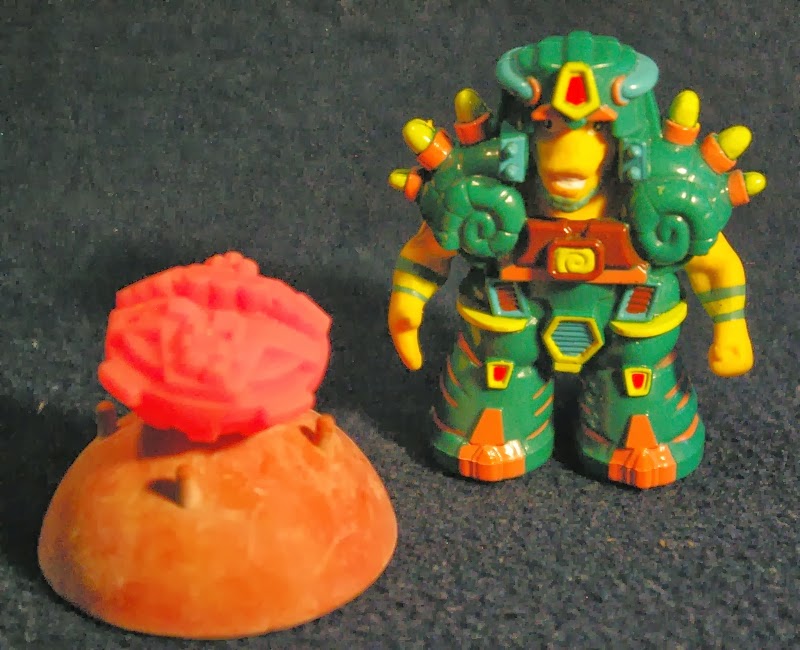 The one evil Lunartick I had was named Drool. So the heroes are alien snails and the bad guys are ticks from the moon. He's a purple insect with black armor. Like the good guys, the villains also came with shells, satellites, and a little buddy mini-figure. 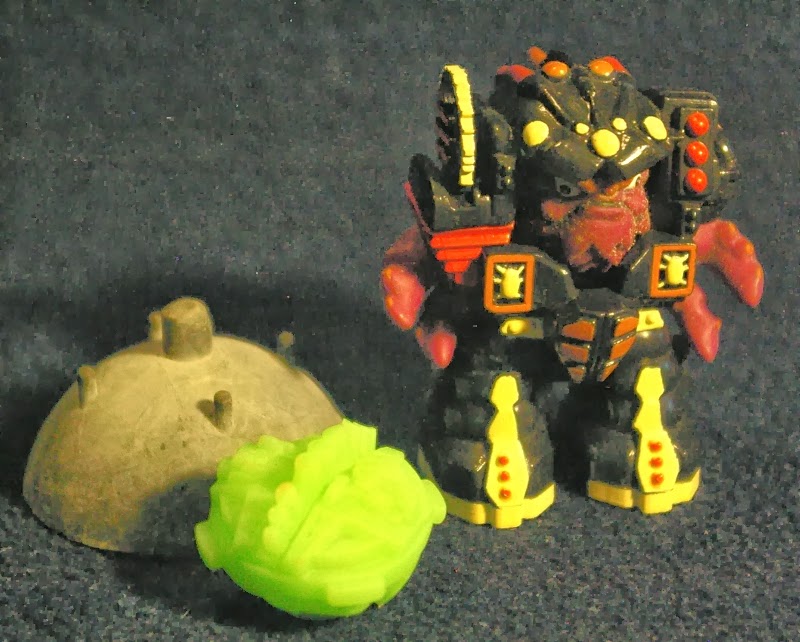 I always liked that Drool had a buzzsaw on the shoulder of his armor. He also has a little tick design on the torso of his armor near where his arms come out. 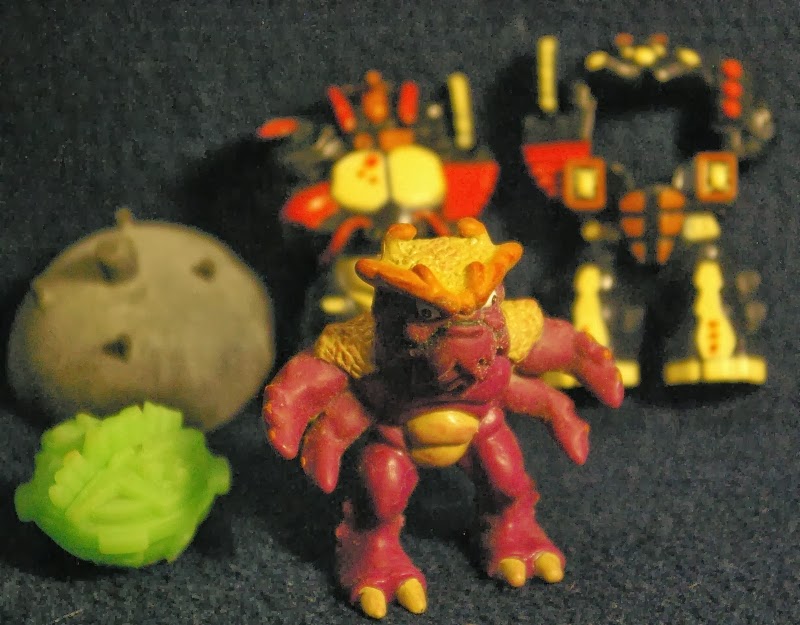 The bottom photo here shows off the little buddy/helper mini-figures. The blue alien is Drippy and part of the Lunartick army. The little green muppet-looking guy is called Charger and he came with Lincoln. 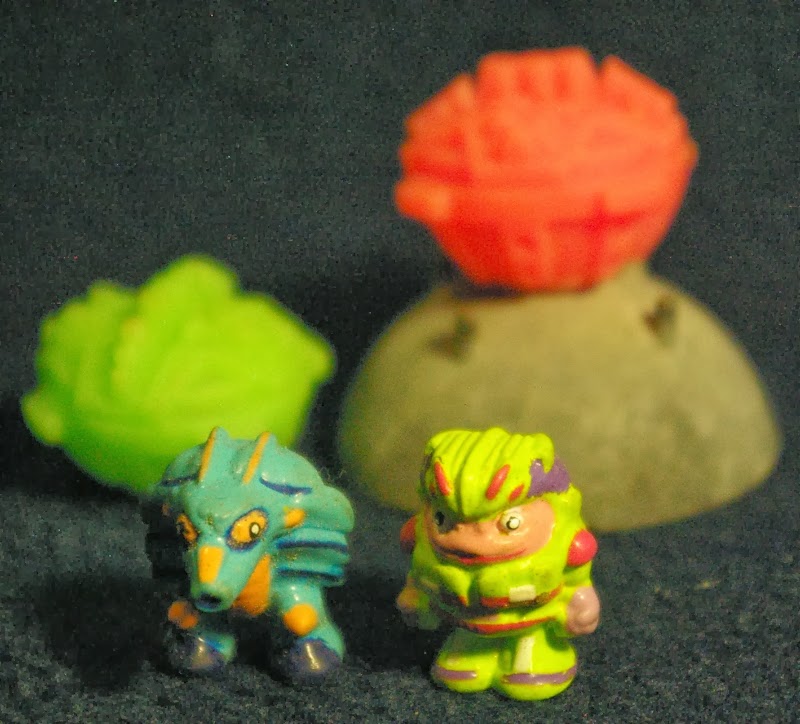