today's post is a collection of random animal toys in my collection. Back when I used to do a lot of random stop motion animations (while making Animation Creation) I never really knew when a random toy would come in handy.

First up is the Elephant from the 80's Fisher Price Circus Train. The elephant is simple in articulation and sculpting, but lot of fun as a kid. Who didn't want an elephant toy. You can see that the plastic used for the body is different from the plastic for the legs and trunk. The appendages have yellowed queit a bit since my childhood. 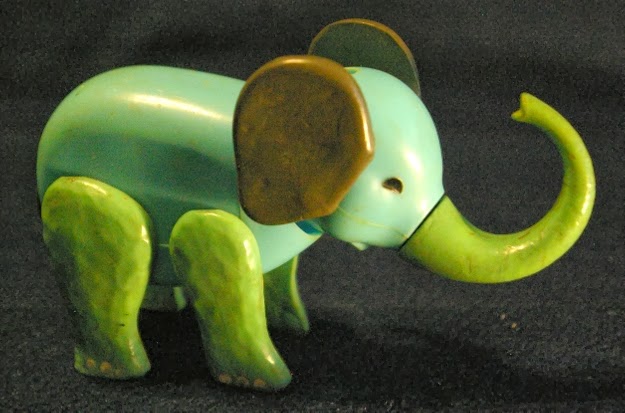 Now this Lion is also made by Fisher Price. I thought he was also from the train, but all the photos I found online show a different style lion.  I was able to determine that this lion came with the Adventure People Safari set. The set came with a jeep, trailer, tent, cages, and several animals. 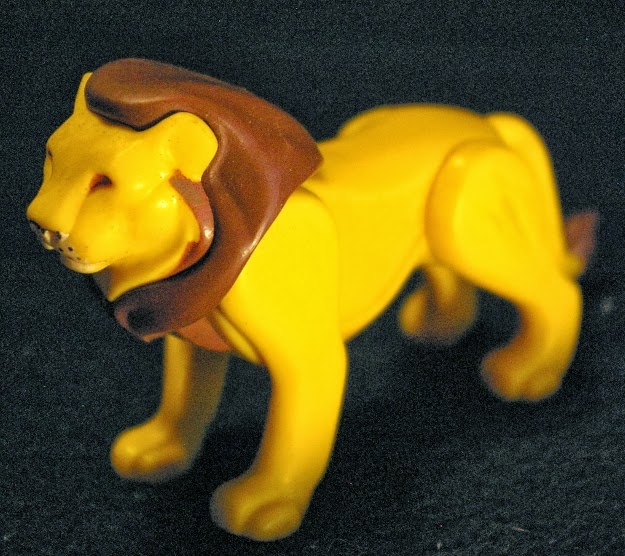 This little PVC horse is actually an 80's Smurf toy. I don't really remember ever owning a Smurf who could ride the horse, but I remember owning it forever. I used to make a lot of other toy ride it, like MASK figures. 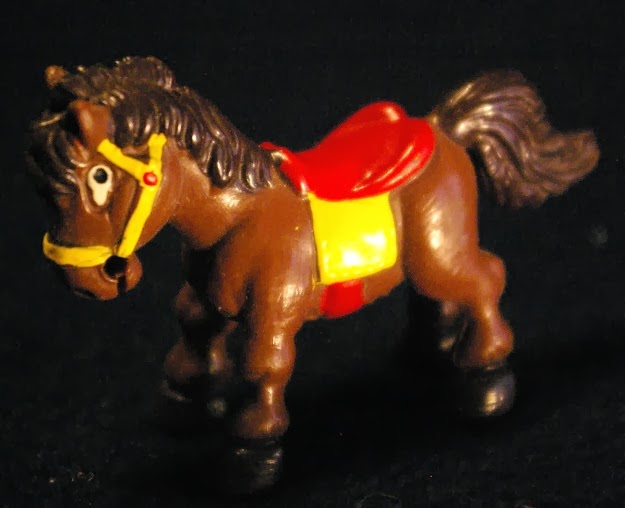 I bought this black horse toy at Good Will several years ago. Burger King 1999 is stamped on the other side of the horse's neck. The horse has an action feature that causes the rider to be ejected from the saddle. With a little digging online I found out this Kids Club toy is from Wild Wild West and came with a Will Smith rider figure. 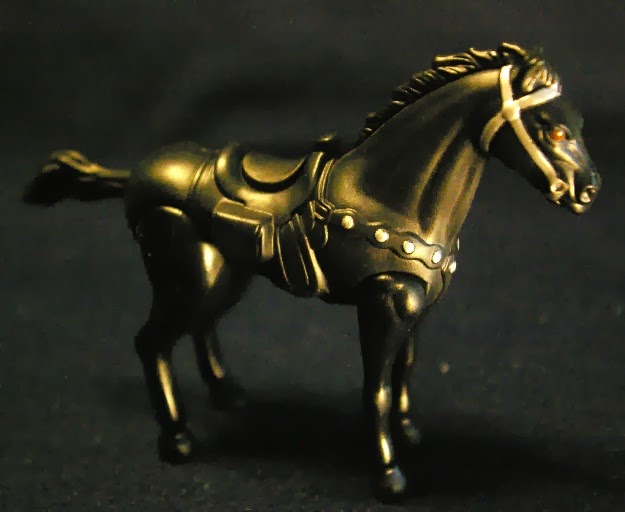 The final animal getting spotlighted today is a Goat that came inside a Kinder Surpise Egg. These German candies are similar to Nestle Wonder Balls. Basically you buy a thin shelled hollow chocolate egg that contains a little capsule that contains a little toy. I love the funky toys inside Kinder Eggs and have bought dozens of them both times I traveled to Germany. My sister brought a few home for me from trips she has taken and a friend some how got some shipped in from Canada for Easter one year. 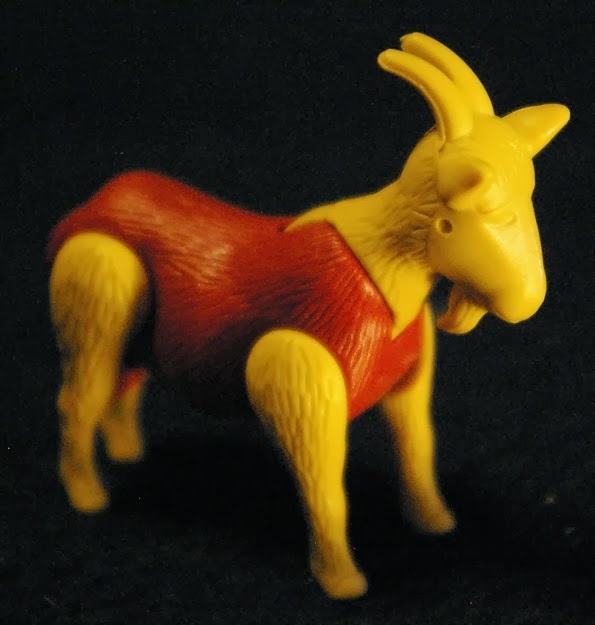 The goat came disassembled inside the capsule. It took minimal assembly to attach the tan head and legs to the reddish brown body. I must have be "surprised" by this goat some time in the 2000's.