I went to see the new RoboCop movie last night. I had a really good time. It was a fun action flick. There were some things I didn't like about it, but I'd go see a squeal. Anyway, in honor of the new film I figured I should post about another one of my Kenner RoboCop and the Ultra Police figures.

Gatlin' Blaster RoboCop is one a a handful of RoboCop variations in the line. He reuses most of the molds of the original RoboCop figure, and even has the same paint deco. He comes with a gigantic cap firing backpack with big cannons mounted on the side. The backpack makes him very top heavy by the way. 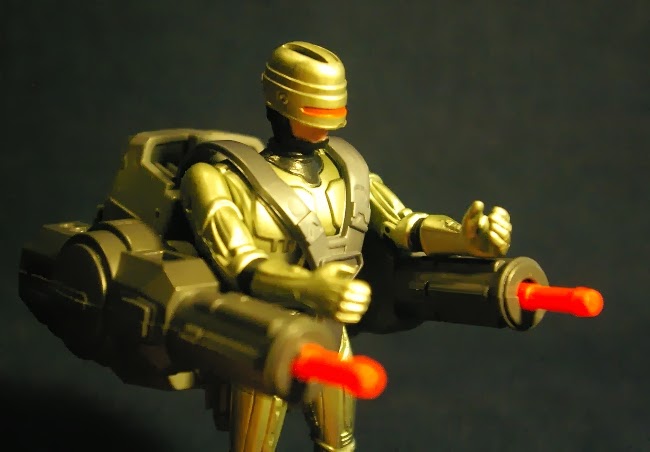 I actually have this guy both loose and carded. If you look at the back of the package you can see that the line was pretty robust at this point in time. Lots of heroes, villains, and vehicles had been released in a short time. It's nice that a kid could get a "normal" RoboCop towards the end of the line, when usually the main hero is released in wacky colors. 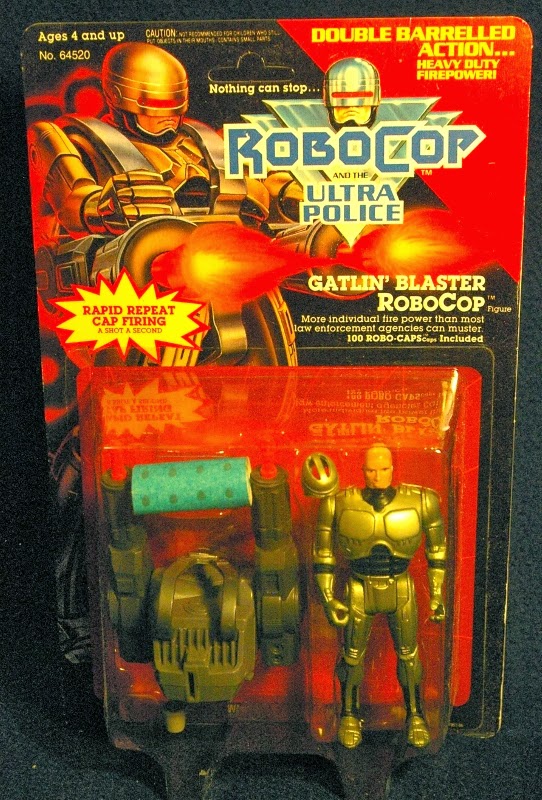 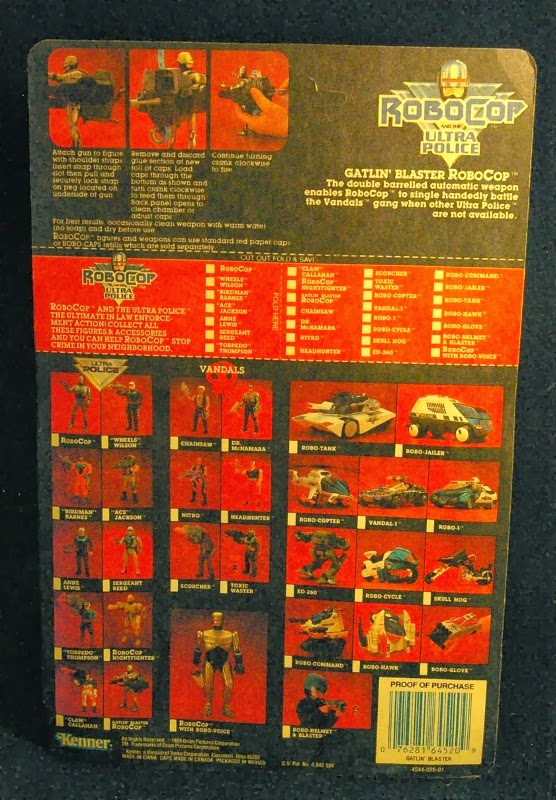 The packaging has directions on how to load a roll of caps into the backpack. There is a crank on the back that sends the caps through the backpack. As you turn the crank the orange tips on the cannons move in and out to simulate firing as the caps snap. 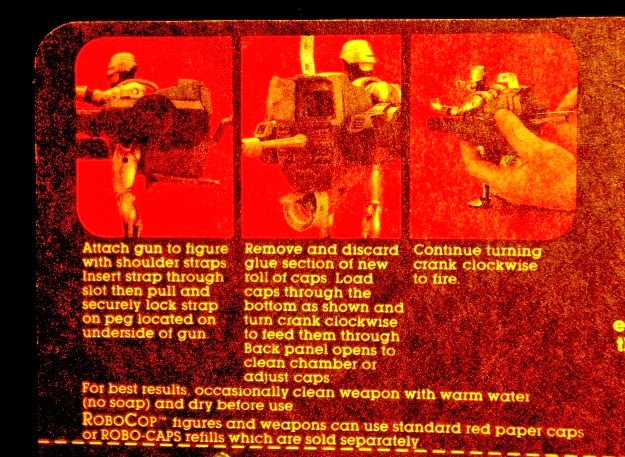 In some ways this is the best RoboCop released in the line. The one part of his sculpt that is different from the original is his back. All the figures in the first wave had cap firing mechanisms built into their backs. This RoboCop has a normal back.Too bad I didn't photograph that. If he came with a standard gun he really would be the best figure. Oh well, a kid could arm him with a pistol from some other toy. GB RoboCop came with is giant backpack, two rolls of caps, and a removable helmet. 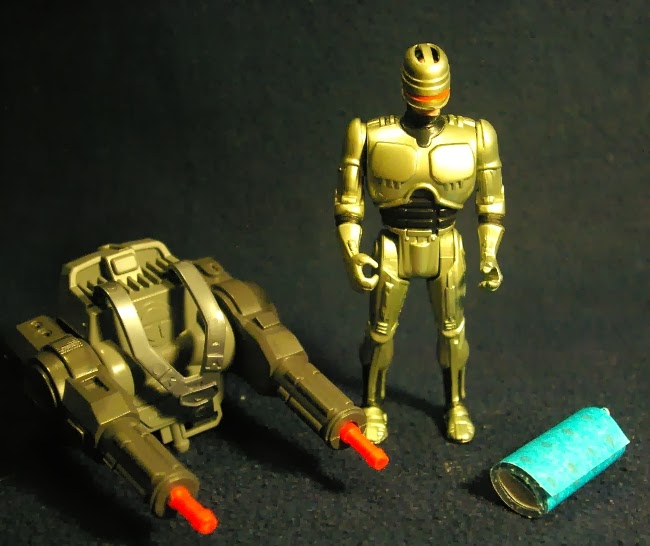