More snow pictures... Today's post features a GI Joe Mini-Figure made by the Loyal Subjects. Snow Job is one of the most unique figures in wave one. His head has a lot of detail and he is equipped with a ton of accessories.  Snow Job comes with a gun, two skis, two poles, and a backpack. He is very similar to the v1 vintage figure. 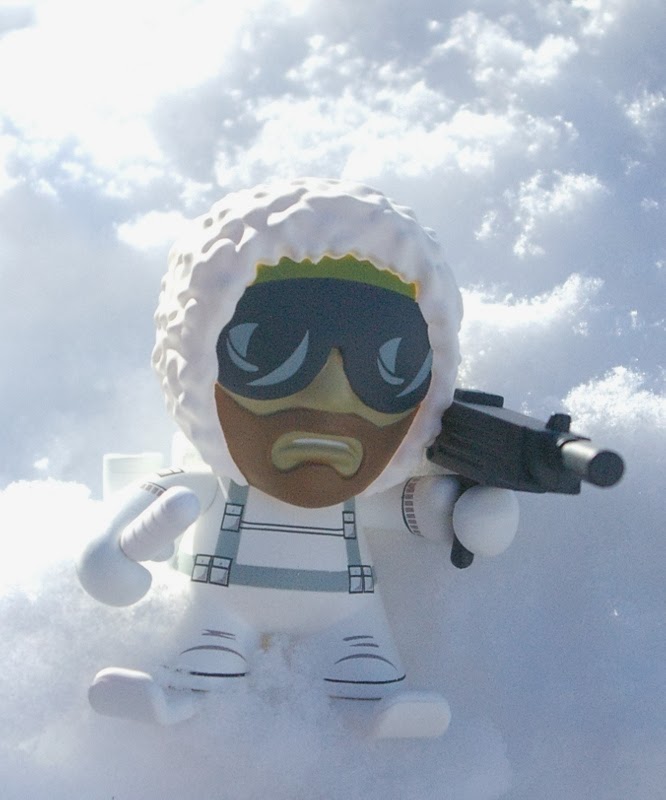 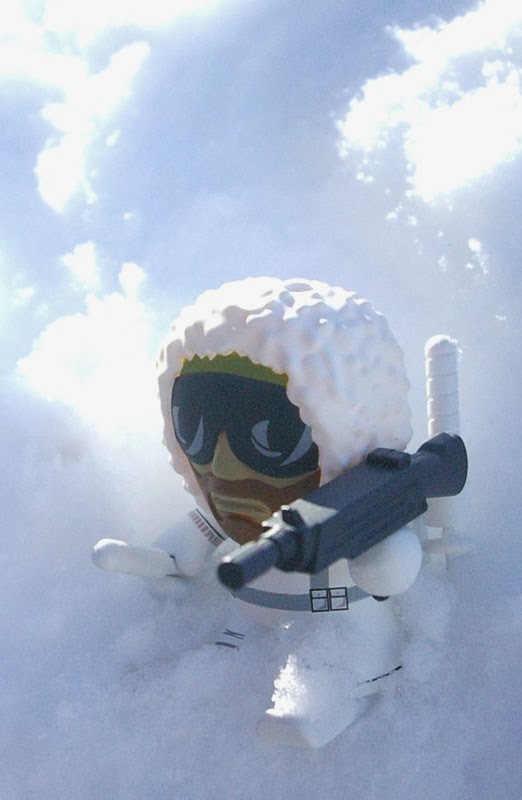 There were some pictures released from NY Toy Fair that showed off designs for a second wave of figures from the Loyal Subjects. I am very exited to see that they are releasing a Beach Head figure. So will I be buying some more $13 blind boxes in the hopes of scoring a Beach Head?
Posted by Buzz Chuck at 10:15 AM