My favorite part of the Rise of Cobra movie toy line was that after they made all the movie characters they gave us dozens of other characters from the GI Joe universe. Carl "Doc" Greer was part of the Toy R Us exclusive wave of figures. He's dressed in a brightly colored snow suit and came with dozens of accessories. His orange and yellow snow suit seems a little goofy, but the vintage Lifeline wore a bright red jump suit as well. As far as I know, military medics wear normal uniforms. I'm not sure why Hasbro likes to make these guys so colorful... especially for battling in the snow. 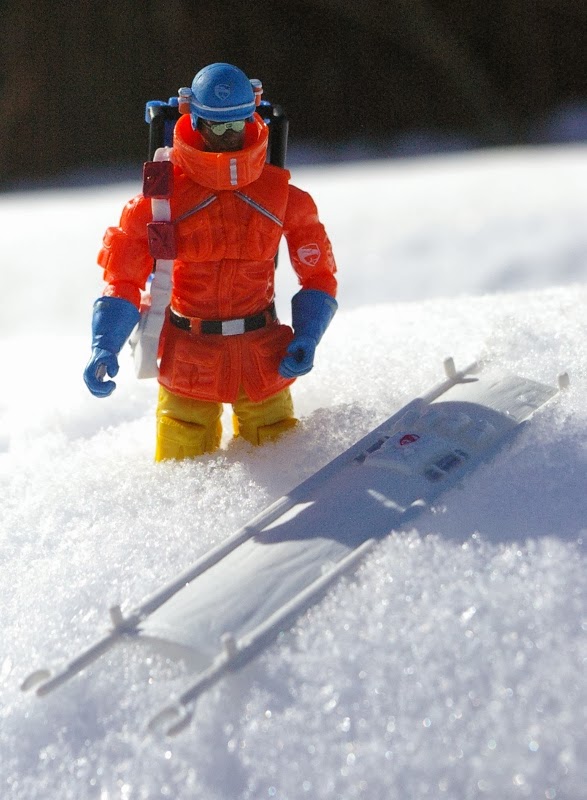 Doc has a blue helmet (UN Peace Keeping Force?), a white satchel, a pair of silver ice shoes, a flare gun, an injector gun, a white stretcher, and a gray blanket. Doc also came with an opening blue backpack with a black stand. The accessories that fit inside it include a multi-tool, a stethoscope, a water tank, and a flashlight. I like that the word Rescue is stenciled on the backpack like on the vintage Lifeline figures uniform and med-kit.