I watched this weeks episode of Toy Hunters as I always do, but I enjoyed this episode more than normal. Jordan and his toy hunting minors were busy buying up toys for Stan Lee's Comickaze Comic Convention.

Early on in the episode Jordan visits a Toy Biz toy designer who drew blue prints of many of the 90's Marvel Super Hero figures including the X-Men and Fantastic Four. Jordan bought a bunch of blue prints and then hunted around to buy MOC matching action figures to go with the blue prints. This was right up my alley. I love the behind the scenes aspects of toys and animation. I would love to own the original blue print to an action figure. (Need to add that to my toy collecting bucket list)

Later, one of Jordan's buddies bought the super rare Mego Wonder Woman. This figure is allegidly only one of four known to exist. They were only available in Autralia, because they released Linda Carter style Wonder Woman figures here in the USA. 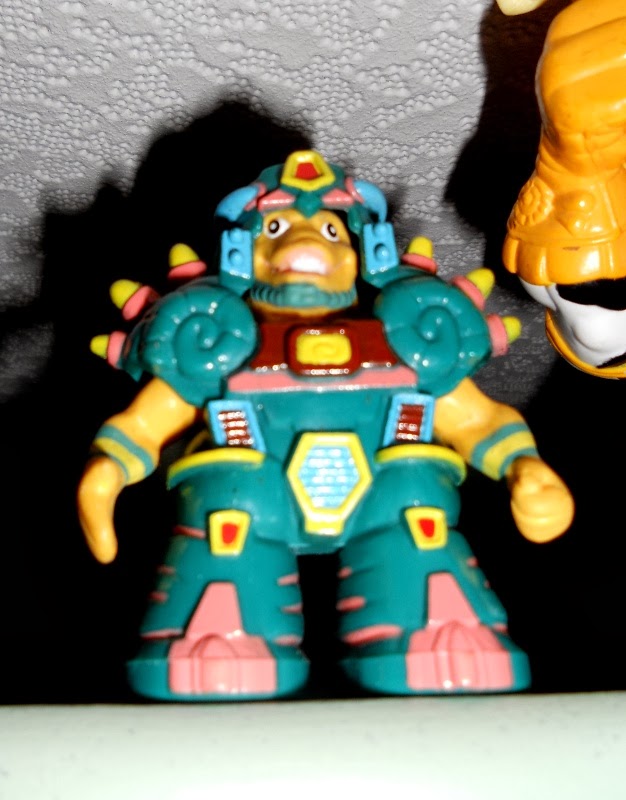 One of Jordan's other helpers was rooting around in a toy/antique store looking to buy some of the Marvel toys to go with the blue prints. He came across some Snailiens figures.

I've been meaning to post about my Snailien and Lunatick figure for a while now. Here is a quick picture of Lincoln. I'll be sure to post about these guys in the near future. They were rubbery figures that came with hard plastic armor and a rubbery shell. The shell could be turned inside-out and launch little satellites.

I will never forget an epic Snailien battle we had at my buddy Brian's birthday party in late elementary school. For about a half hour every kid at his party and his Dad were shooting little satellites at each other and diving for cover behind sofas and chairs. It was classic!


I think my buddy Derek gave everyone who had a birthday that year a Snailien or two. I don't remember ever seeing them in stores, but I loved the two I had. Between all my friends we must have had the entire set. I also don't think any of us had any duplicates.

The craziest part of the episode was that a collector who I admire, and haven't seen in a while was actually on the show.

I've mentioned before that I am close friends with comic book author Doug Moench (my buddy Derek is his son). Doug has been friends with a comic collector by the name of Kelvin Mao for pretty much as long as I can remember. Kelvin was in college when Derek and I were little kids. I remember Kelvin coming to visit Doug one time after he moved to California. He brought with him photographs of his original comic book art collection. It wasn't a couple of pictures, it was a whole photo album. Some of the coolest pieces in his collection are of the DC Super Hero Ballistic who first appeared in Batman Annual #17. This issue was written by Doug and the character Ballistics's "real name" is Kelvin Mao. Are you getting the picture? So I know Kelvin has a high end collection, but I don't know what he collects beside comic art.

Anyway, Kelvin shows up at Jordan's booth at Comickaze in the episode and inquires about the super rare Wonder Woman figure.  Apparently one of Kelvin' friends heard about the figure and asked Kelvin to take a look at it. Kelvin ended up buying the figure for $28,000. It was very cool to get to see my friend Kelvin on the show. Like I said, he's a collector I look up to. He's the collector that inspired me to track down the comic pages that feature the little kid Kevin, named after me in a couple issues of Legends of the Dark Knight.
Posted by Buzz Chuck at 6:21 AM