This pokemon-like monster is a cute version of the Shugaron monster from the Ultraman television series. This brown rocky monster is one of several mini versions of Ultra-monsters I bought a dollar store in the late 90's. I found these guy one summer and bought a complete set for my buddy Derek who is a huge Japanese monster fan. I bough one or two for myself. The only articulation point Shugaron has is at the waist. He has nicely painted details in his eyes, teeth, and  airbrushing on his belly. He also has some golden coloring sprayed on his back. i always liked he rocky club-like tail. He's a fun little monster. 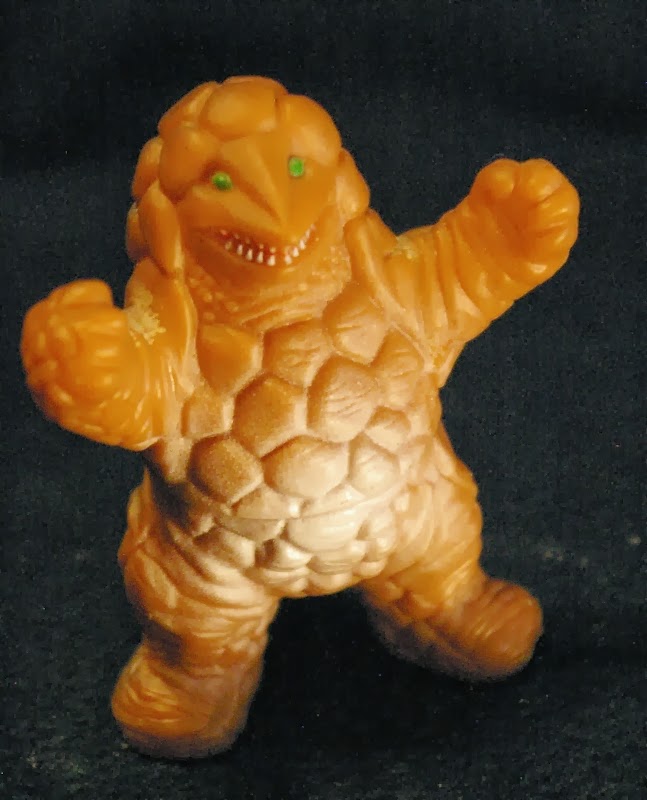 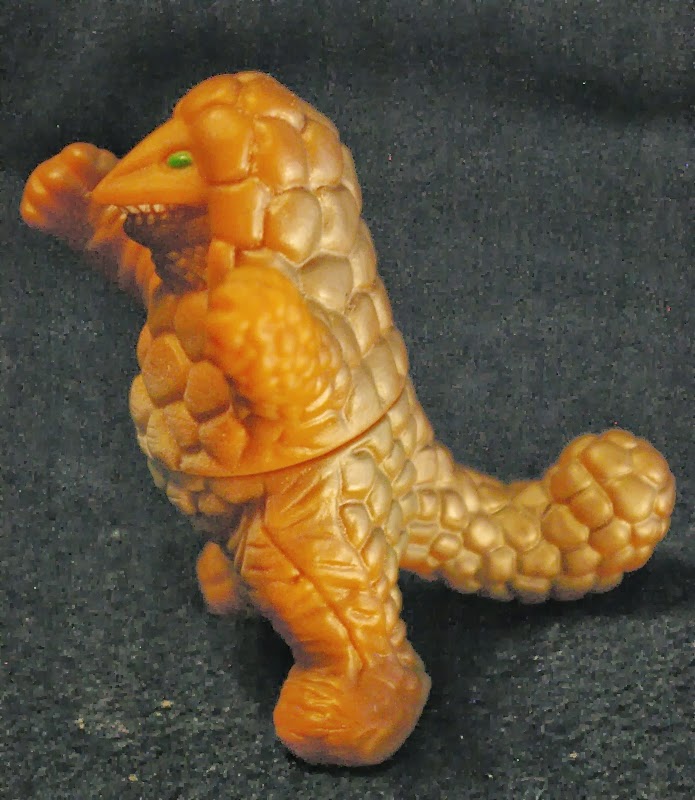