I hope the X-Men are wearing their thermal underwear under their spandex uniforms. It looks kind of cold out there. Iceman is in his element. I took some of my favorite Marvel Universe figures out to play in the snow last week. 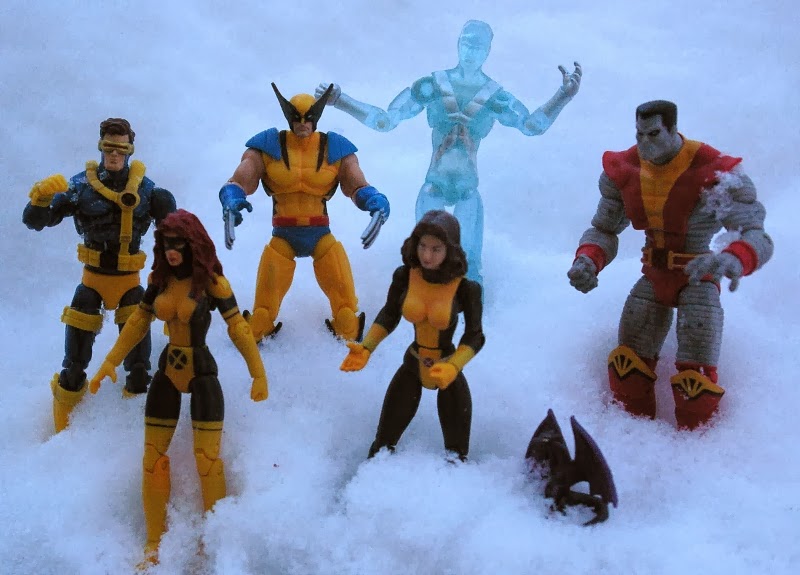 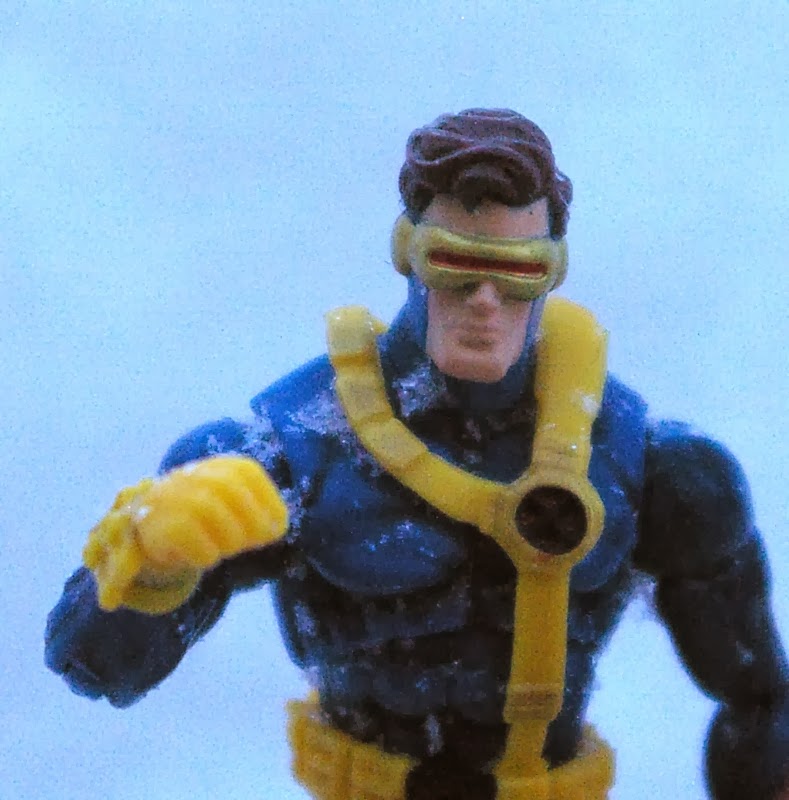 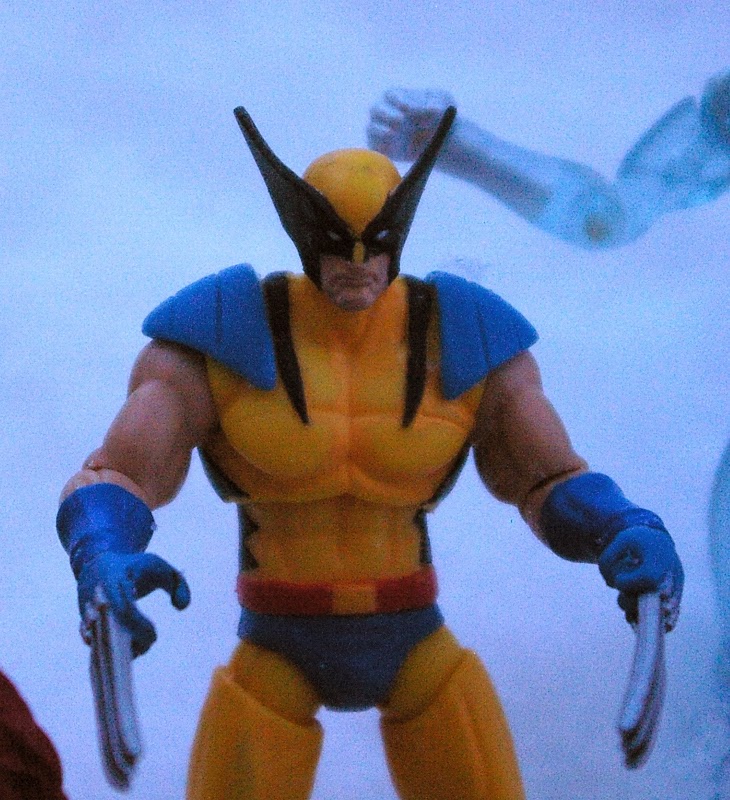 I flat out love these two figures. They perfectly capture the look of Cyclops and Wolverine as they apreared in the X-Men comics and cartoon while I was in elementary school. Cyke has a lot of really nice sculpting on his gloves and chest harness. 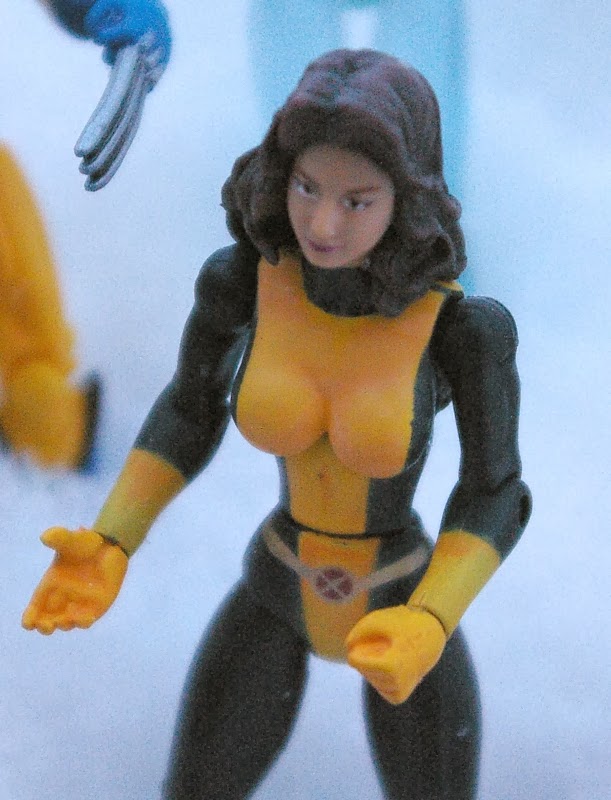 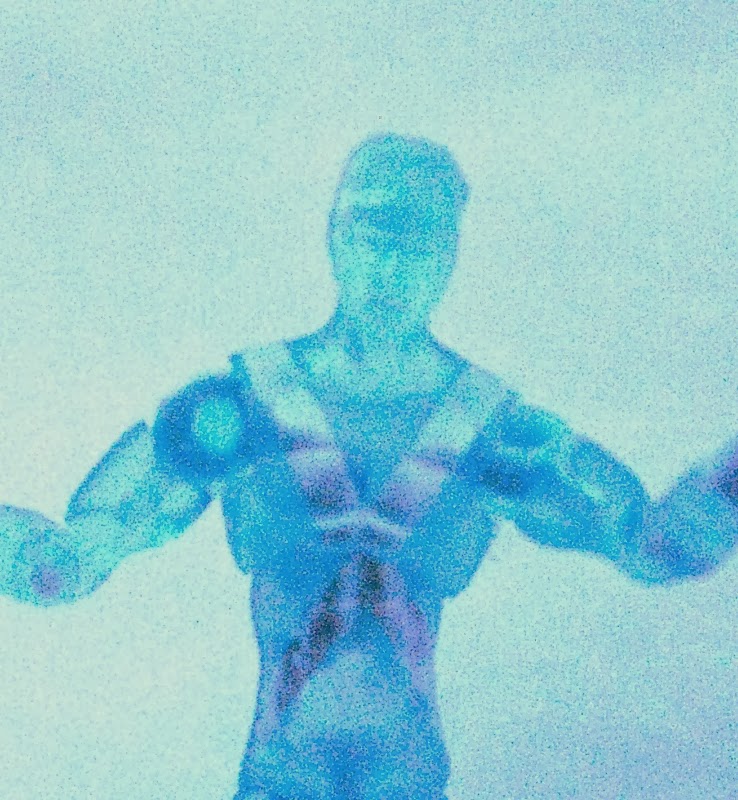 Kitty Pride and Iceman are both decent figures. Kitty seems a little "developed". She was never really portrayed as a buxom bombshell. In fact I liked her best as a young teen in the series. Iceman is made out of clear plastic as he should be. He includes a light silver paint detail on his chest. 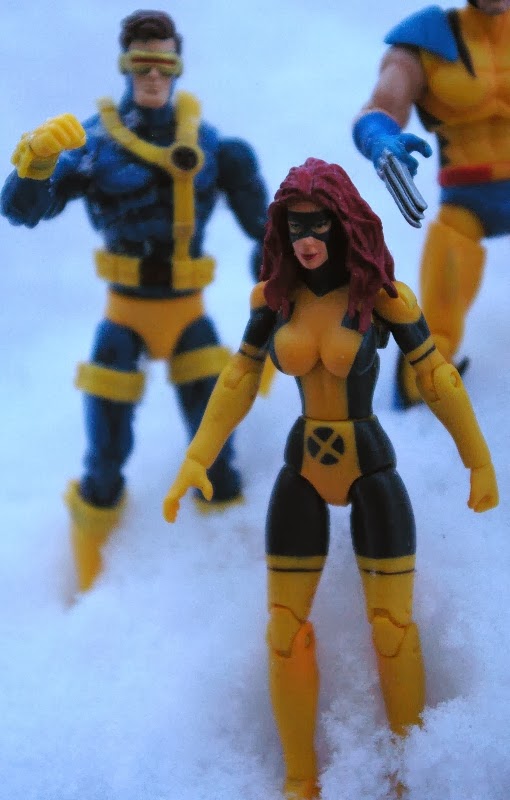 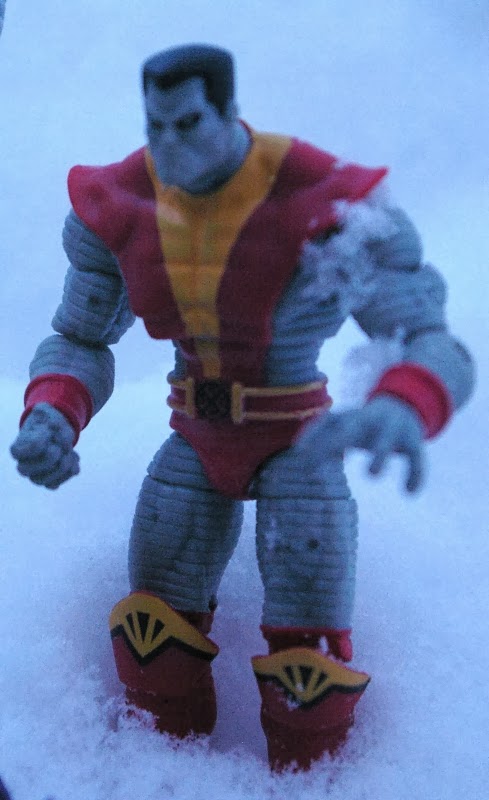 Jean Grey is in her uniform from the First Class comics (have they made her in her 90's outfit?) and share the same body mold as Kitty. This Colossus figure is another one of my favorite Marvel Universe figures.