I don't know much about Scribblenauts, other than it's a video game where you get to draw things and use them in the game. A new DC Comics Universe version of the game was just released and now there is a series of blind boxed figures. One of those figures is a Vampire Batman. I love the Doug Moench & Kelley Jones Batman Vampire trilogy, so I really want to get him. I saw a case of figures at my local comic shop so I bought three boxes. 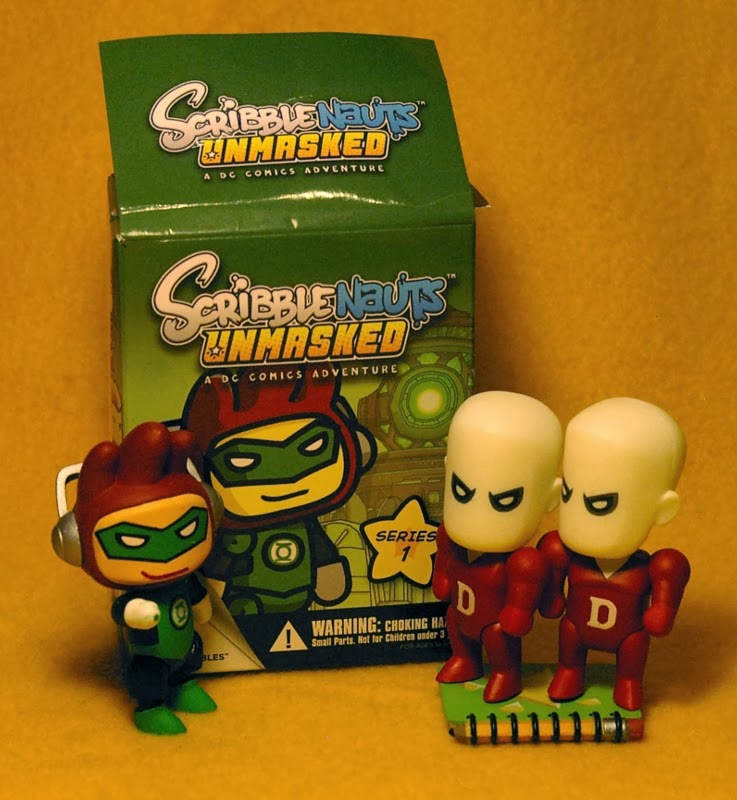 The Vampire Batman is packed 2/24 in each case. I randomly got the main character Maxwell (dressed in a Green Lantern suit with headphones)  who is one of two mystery packed  (?/24) "rare" figures. I also got two Deadman figures which are packed 3/24 per case. 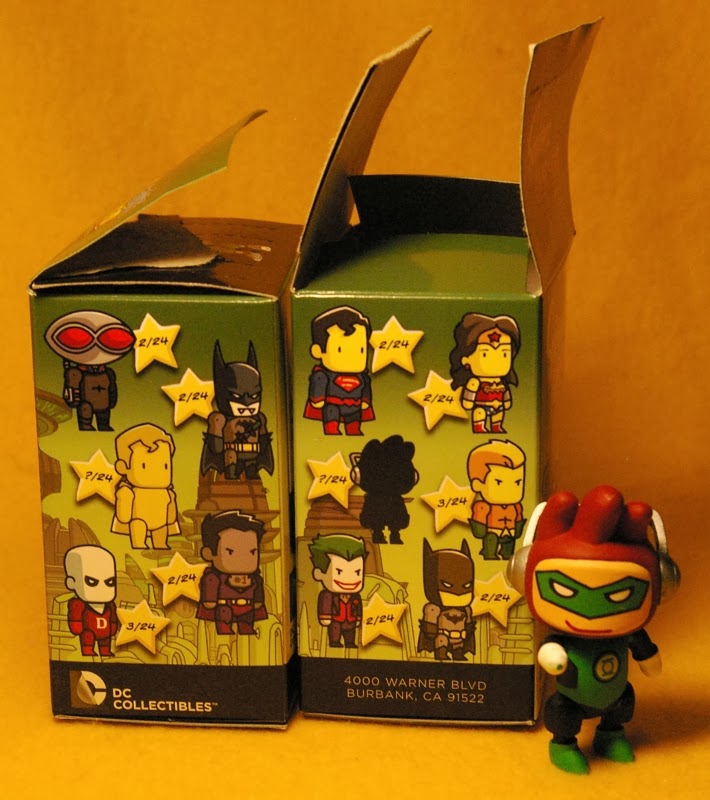