Over the years I have collected quite a few different Hoth Han figures. Of course there is the original Kenner figure, a true classic. Then there is Power of the Force 2 figure. I ways though he was kind of odd. He is wearing a hat with the goggles on top, but his hood is down. The final three figures are all from the newer collection of figures made by Hasbro. Each has his own little differences, and I guess that's why I kept buying Han. The figure on the far right has a crappy action feature activated by a button on his back. Their jackets range from blue to brown. The vintage figure has burned blue into our memories, but the actual prop was more brown. Other than Darth Vader (who wears the same outfit the entire time), Han in Hoth Gear may be the Star Wars figure I have the most different versions of his figure. 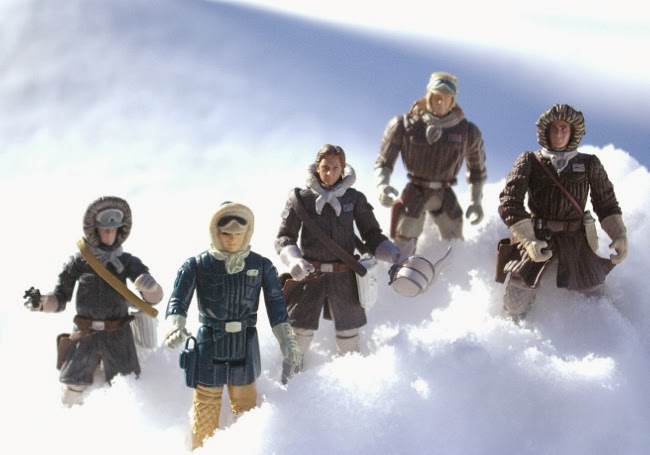