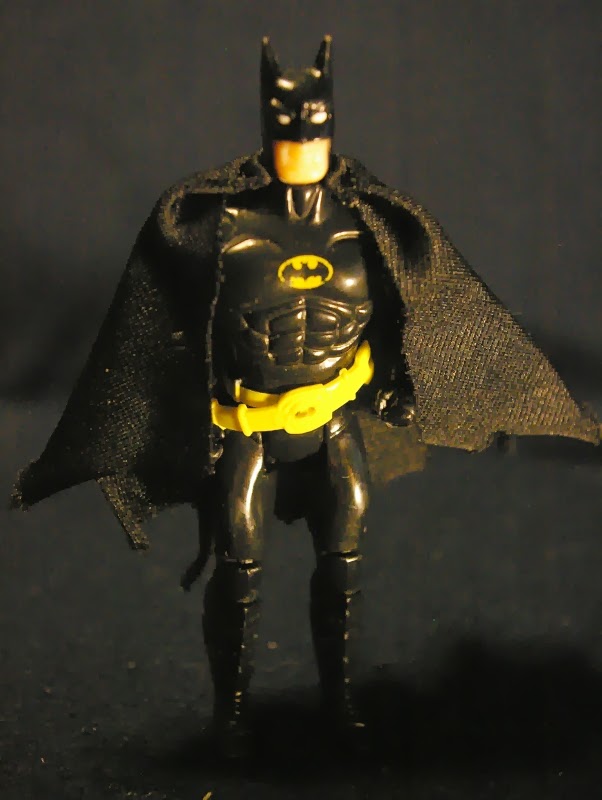 As a kid one time my Mom took me to Toys R Us while they were having a sale and had just restocked the store. They had tons of stuff I was looking for. I begged my Mom for a bunch of things. She bought quite a few action figures for me that day, but hung on to most of them for my birthday a month or so later. The one toy I was able to convince her to give to me right away was Batman!

Batman is dressed in his all back batsuit. Bold yellow highlights in the form of his bat-symbol and utility belt break up the costume nicely.

Just like the awesome Super Powers figures of my early childhood, he came with a cloth clip-on cape.

Just the figure alone would have been enough, but this Batman came with bat-gadgets! Where does he got those toys? Batman came with a black grappling hook gun. The gun has lot of nice details sculpted onto it. Only one of his hands can hold accessories, the other is molded into a fist. Man, that fist punched a lot of action figures back in the day. 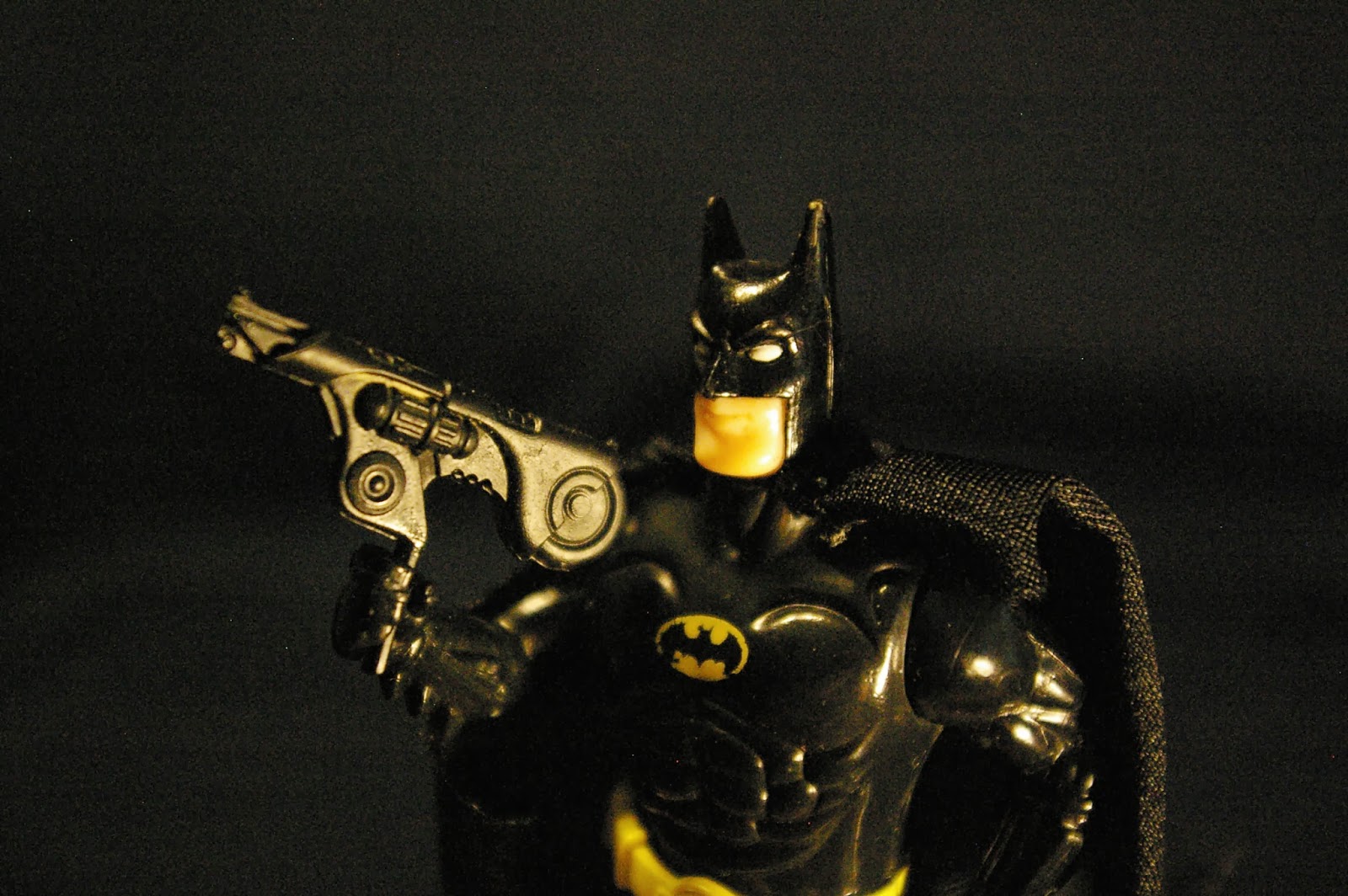 Batman also came with a rather large batarang. The end of the wings are molded so he can hold it in his hand. There is also a little clip molded into the underside so it can be attached to a rope. 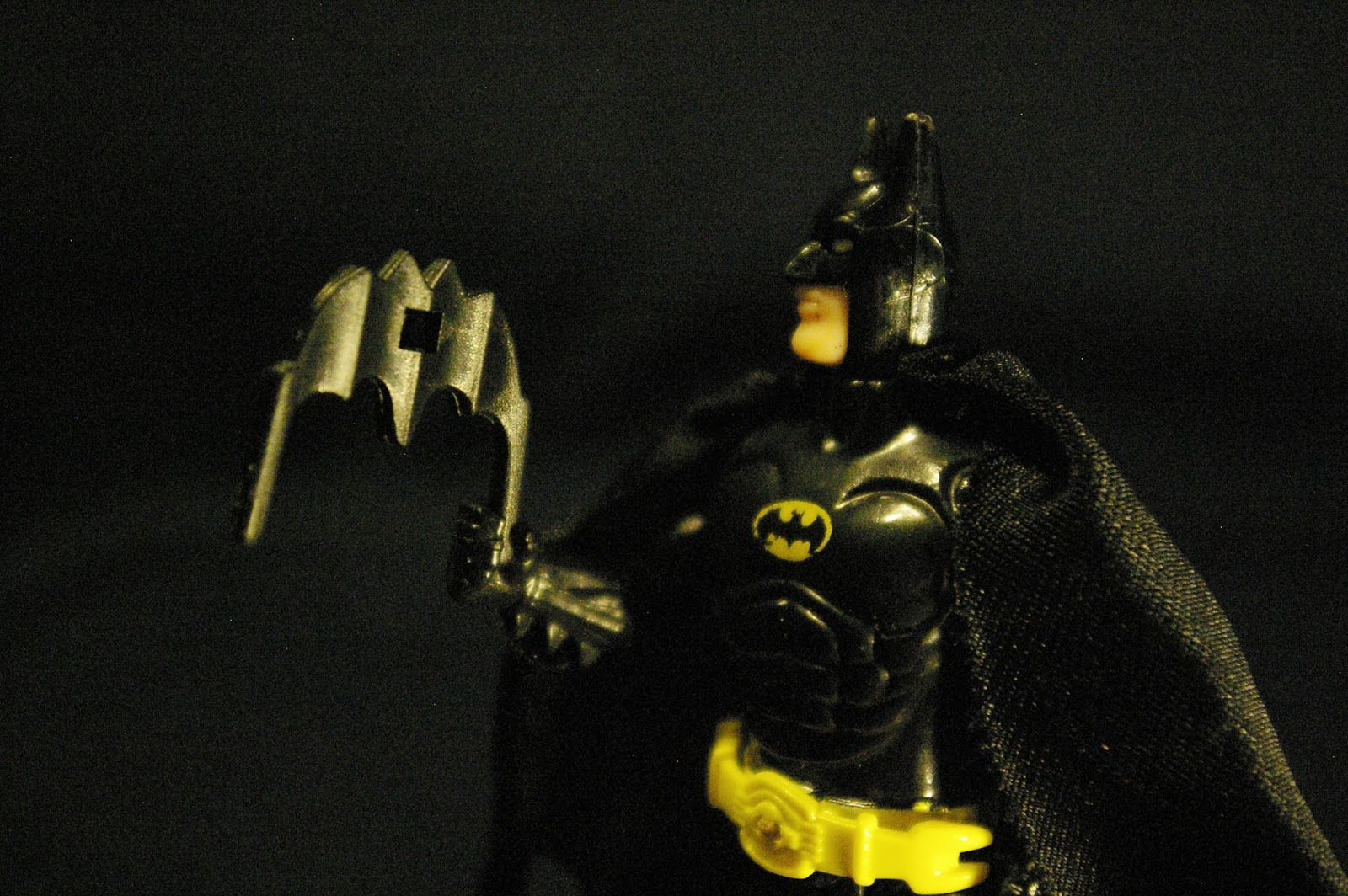 Speaking of rope, Batman includes a bat-rope feature. The front piece of his belt can be pulled away from his body revealing a rope attached to it. There is a mechanism housed within Batman that causes the belt front (grappling hook?) to retract. There by pulling Batman up to where ever you have attached the belt front. 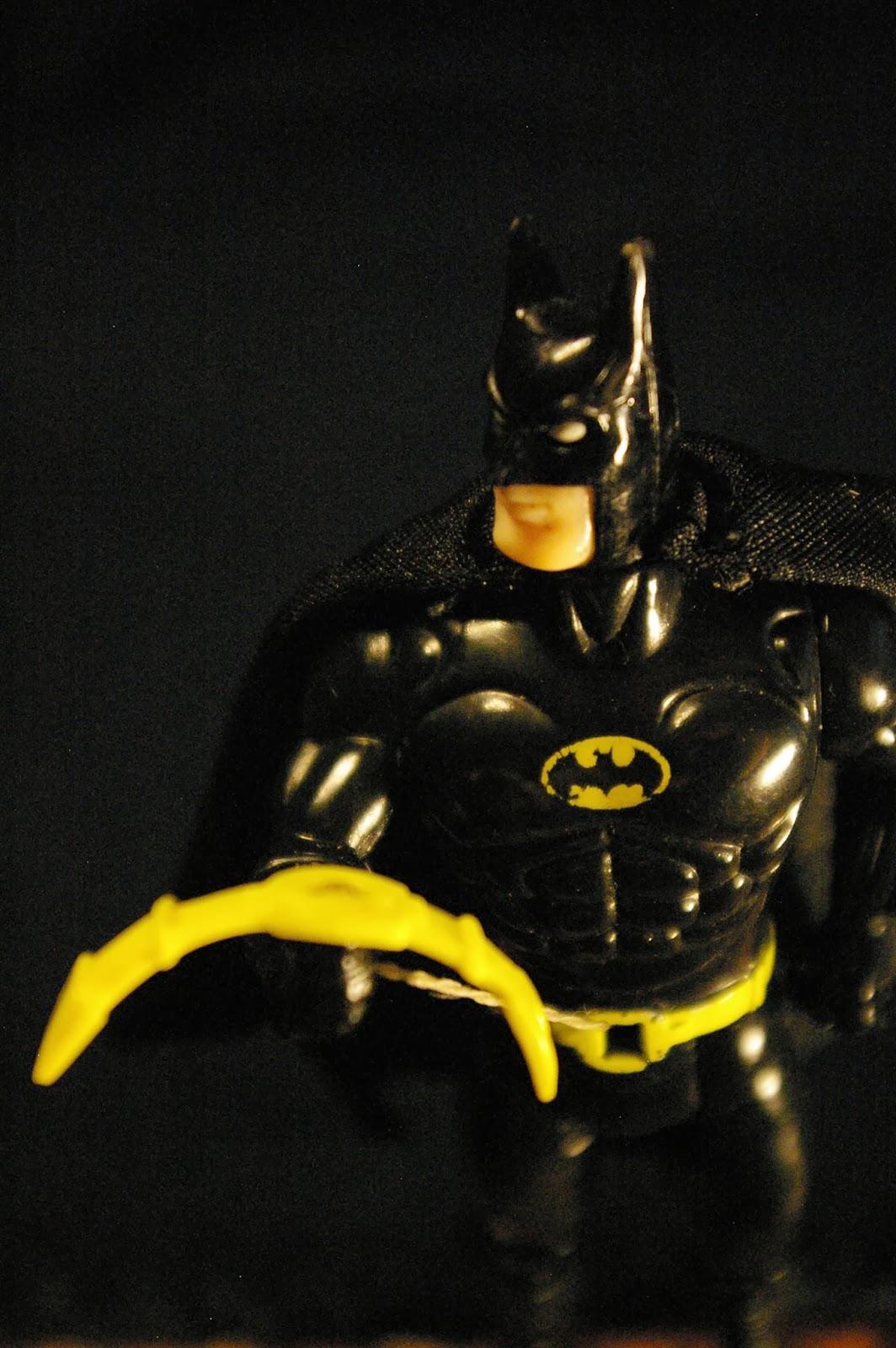 You can see some paint wear on my Batman's chest logo. He saw a lot of playtime over the years. At some point in time I touched up the ears and eyebrows of his cowl with a Sharpie marker because there was so much paint wear on him. He's a real classic and one of my favorite Batman figures in my collection.
Posted by Buzz Chuck at 12:30 AM