Wolverine on the loose

I liked playing with my Toy Biz X-Men figures in the snow as a kid. I even had an Iceman break in he bitter cold snow one time. Wolverine is one my favorite "winter" X-Men. I think it's because of the classic art of him escaping from the Weapon-X facilities. Speaking of which, here is a photo of the Weapon-X version of Wolverine. This figure originally came with a belt, helmet, and some extra hoses.  I always liked that this figure had knees and elbow joints. Not all the figures from the line were as well articulated. 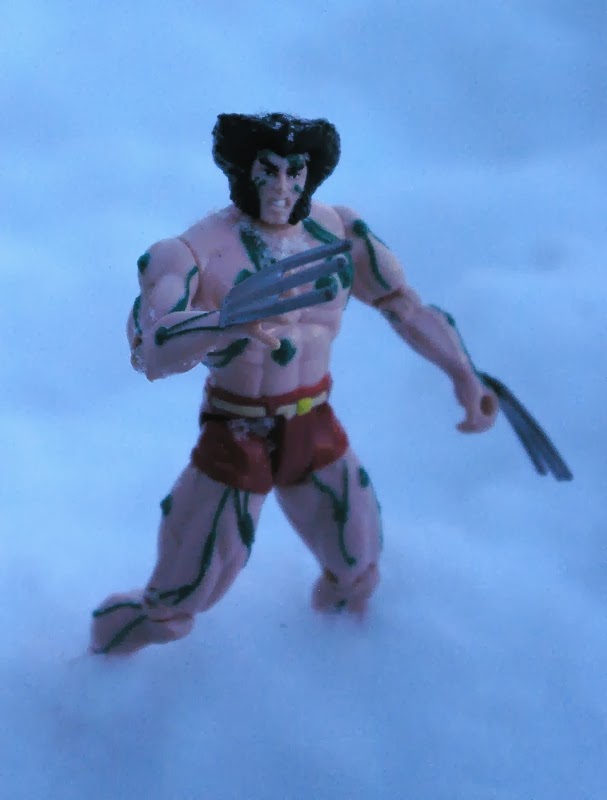 Here Sabertooth and Wolverine battle it out in the snow. I was kind of going for the image from the 2nd series of X-Men trading cards. That series had a some cool battle images that could be formed when two cards were placed next to each other. 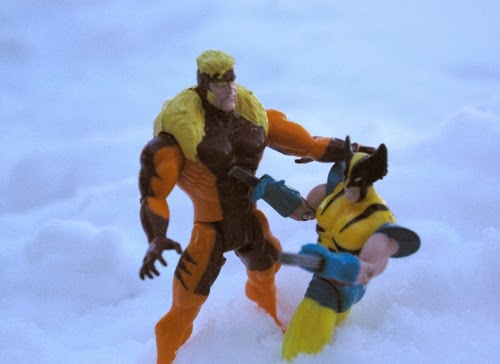