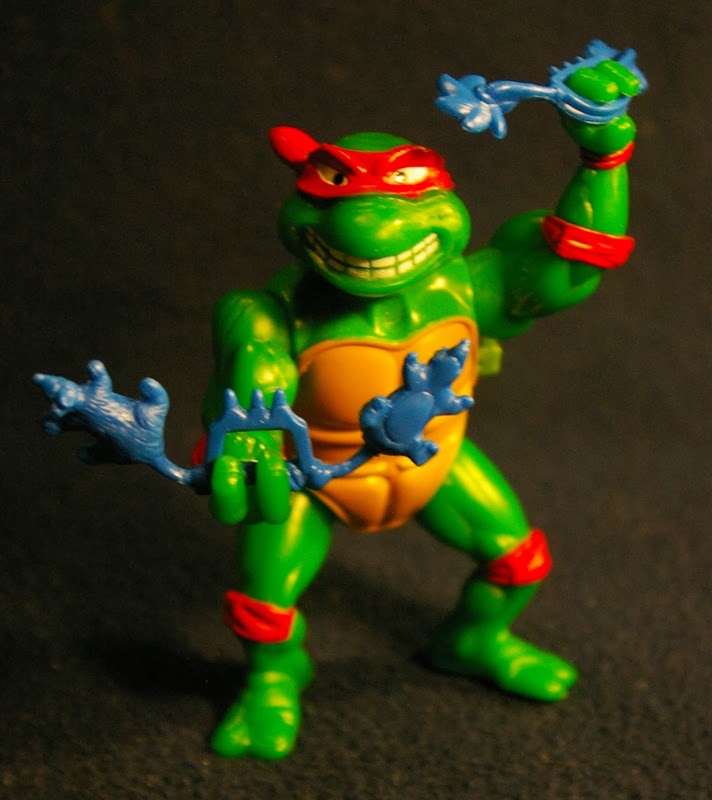 In previous Ninja Turtles posts here on Action Figure Adventures, I've mentioned my Mom picked up a case of  "original 1988 Turtles" at a yard sale for me one time a couple years ago. When she gave me the case later, they weren't really wave one figures, but they were cheap. I paid her back for them and I've slowly been posting about some of the various Turtles that came in the collection here on the blog. Today's post is about Wacky Action Raphael and the actual Collector's Case all the figures came in.

Breakfightin' Raphael has a wind-up action feature that makes him "break dance" spin on a blue gyro disc accessory not pictured. His other two blue weapons can be held in his hands or attached to his feet. These weapons allow his to fight while spinning. 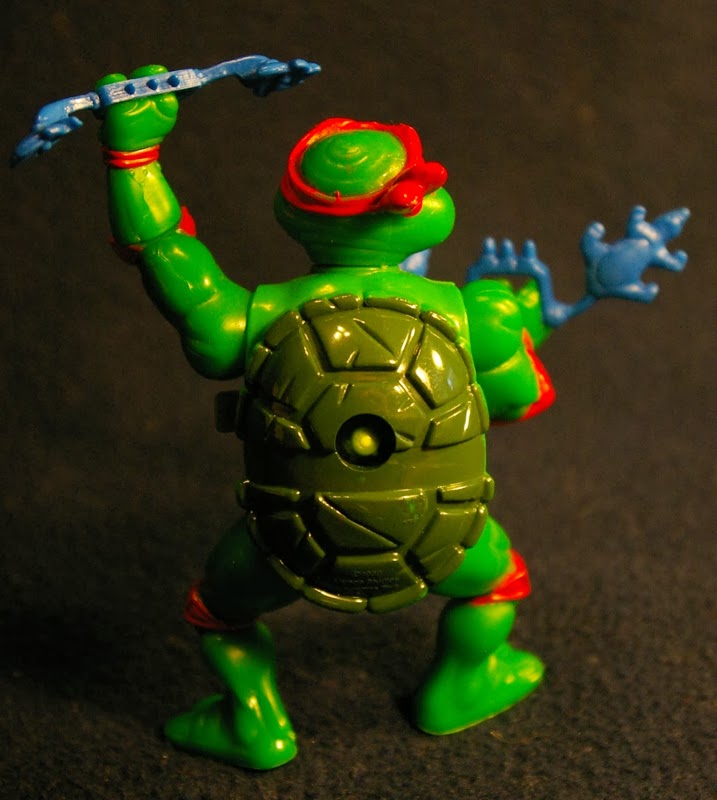 One of his weapons looks like two cowboy spurs or throwing stars and the other weapon is two rats tied together. Both weapons have spiked knuckle guards.

On the back of his shell you can see the little port where the gyro disc can be attached to give him his spinning action.

This Raphael figure is also missing his ninja black belt. I pasted this figure on to a fellow blogger a while ago, but hadn't posted about him yet.

My good childhood buddy Brian was always mad that this was the closest he could get to a cartoon accurate Raphael when we were kids. He missed getting his favorite Turtle when the original wave was out.

Below is the Teenage Mutant Ninja Turtles Collectors Case. Like many licensed toys in the 80's these vinyl cases were released with artwork depicting the toys on the outside. The case could hold 12 figures between the two thin plastic trays that fit inside. As a kid I owned a ton of toys, but never had any of these cases. Most toy lines I either had 2 figures or 25 figures, so the cases were never very useful. I always just kept my toys in shoe boxes. This case features art of the four Turtles on the front. The back shows off two of the smaller vehicles from the early years of the line. The Turtle Trooper (Parachute) and Cheapskate (Skateboard). 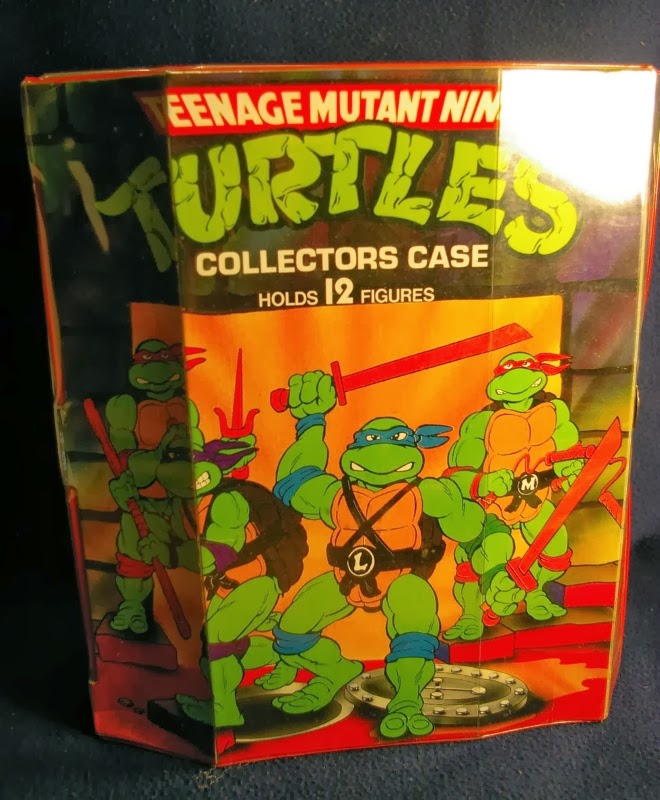 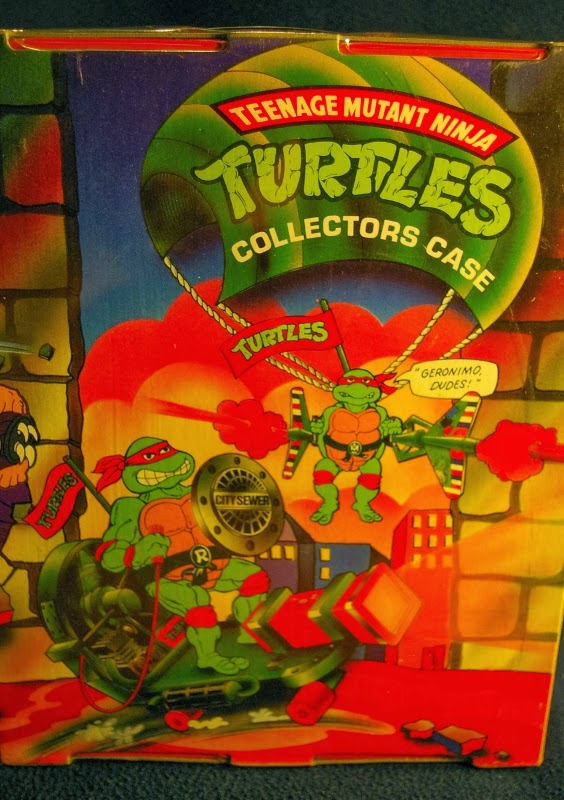 Here is a quick glimpse of the tray that hold figures inside. These trays weren't real great for keeping things sorted out. There isn't much in place to keep the accessories from floating around inside. 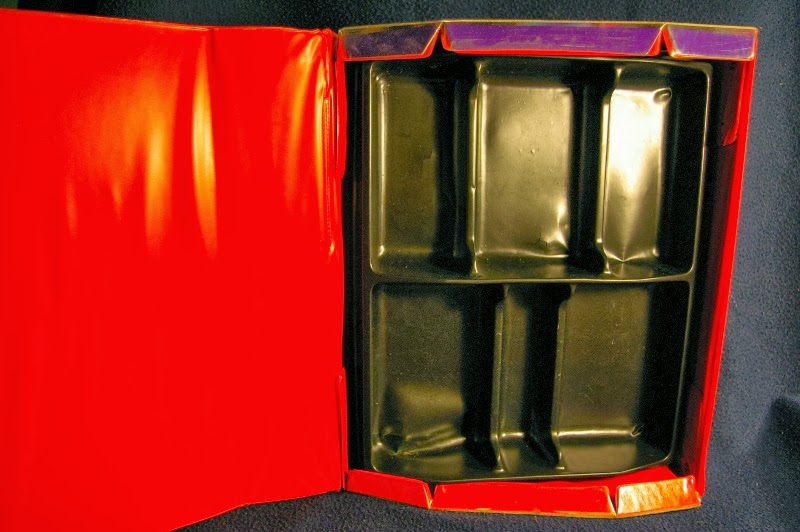 Shredder (shirtless like his action figure) and Splinter are depicted on the two sides of the case. 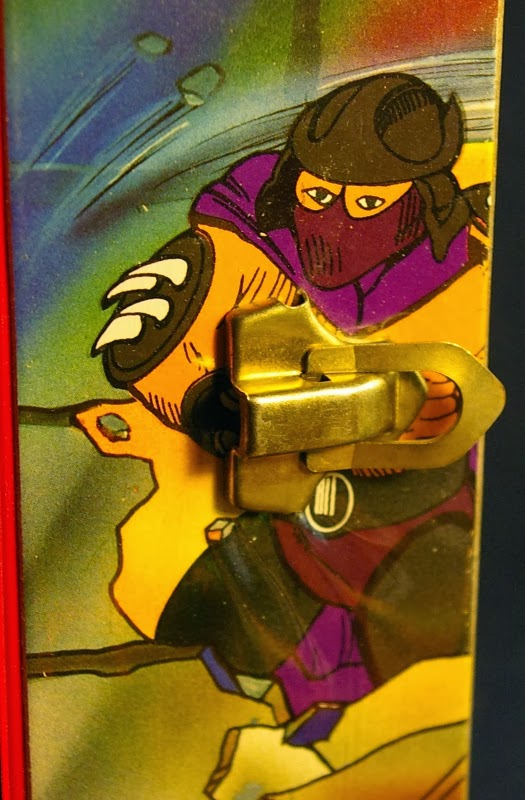 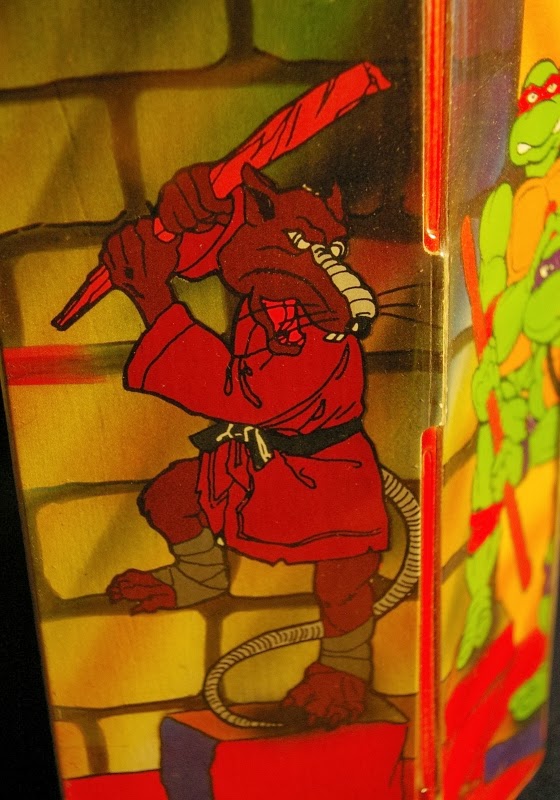 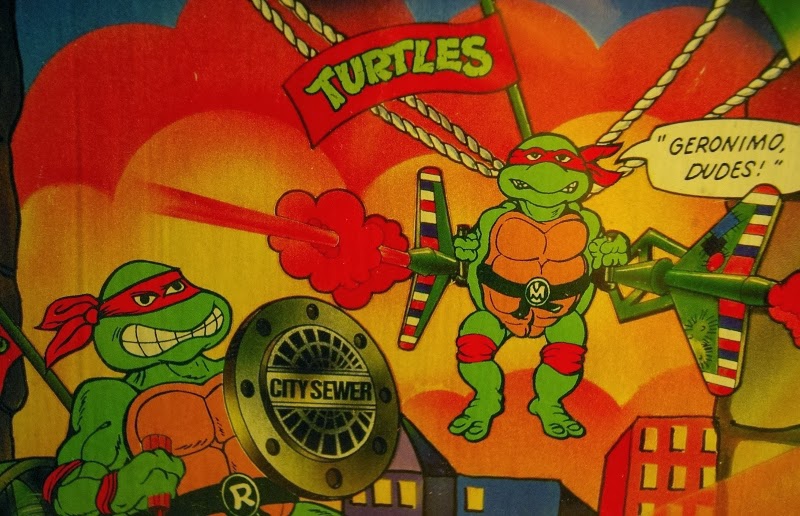