Jean Grey was the original female X-Men as Marvel Girl. Unfortunately Stan Lee tended to create female characters with weak powers. Later writers on the X-Men series developed the character further and when she was replaced by the Phoenix Force Jean became one of the most powerful characters in the Marvel Universe. As a kid in the 90's I didn't have any versions of Jean Grey despite her being such an important character.. I always liked the character, and so at a recent sale at my local comic store I bought a carded figure of the Phoenix. 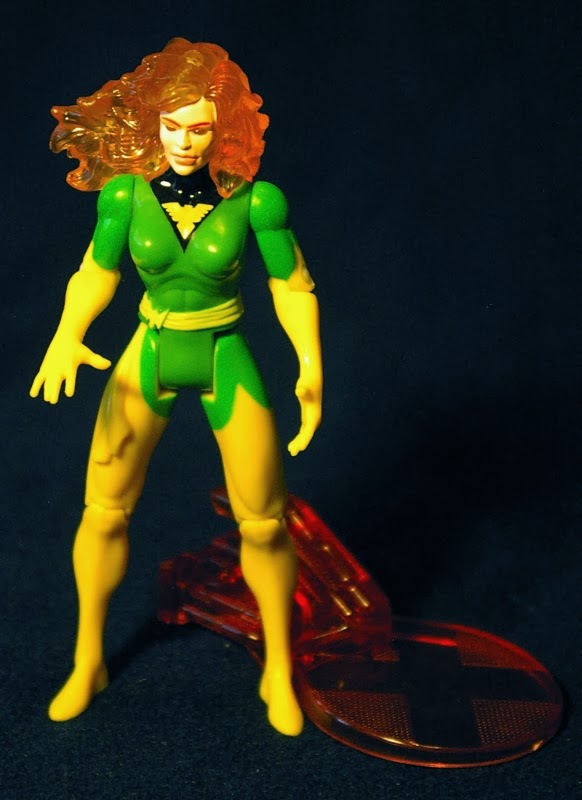 Phoenix comes with one accessory, a little orange catapult. You can stand a figure on it, tap the button and magically knock down the figure. The Phoenix, like most of the Toy Biz figures, has an action feature to simulates her mutant power. There is a small button on her back that makes her hair and eyes light up like they are on fire. The batteries in the figure are dead, but by putting a light behind her I was able to simulate the effect. 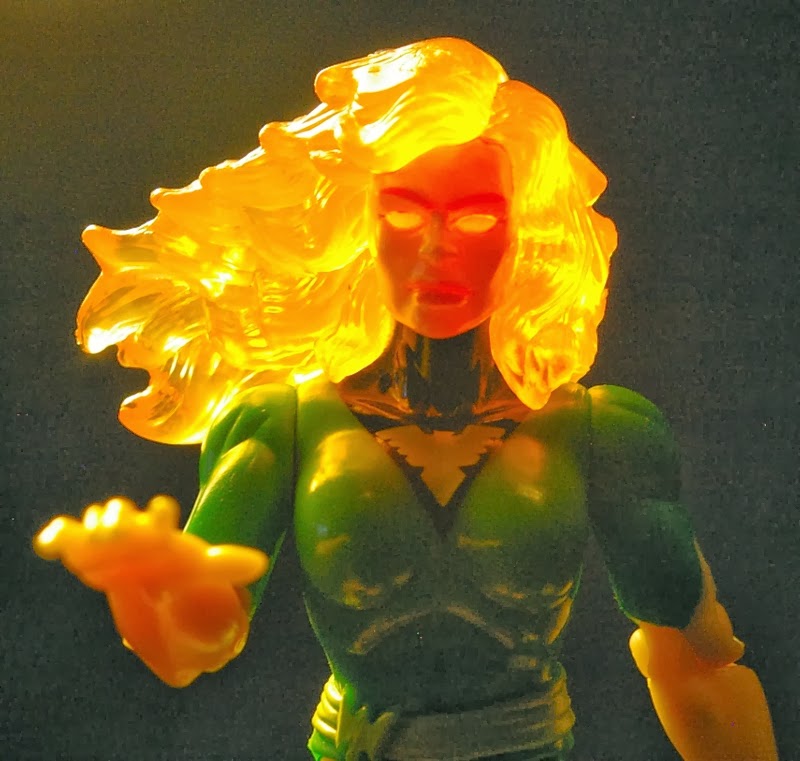 Below you can see the card back Phoenix came on, but I believe she  was available on a couple different styles of card backs. This particular figure also came packaged with a trading card. Phoenix is dressed in her green and yellow outfit. She has a large Phoenix logo on her chest. Both of her hands are sculpted in an open position. One hand is positioned  cupped towards her body. The other hand is cupped 90 degrees and looks great for casting spells / using mutant powers. 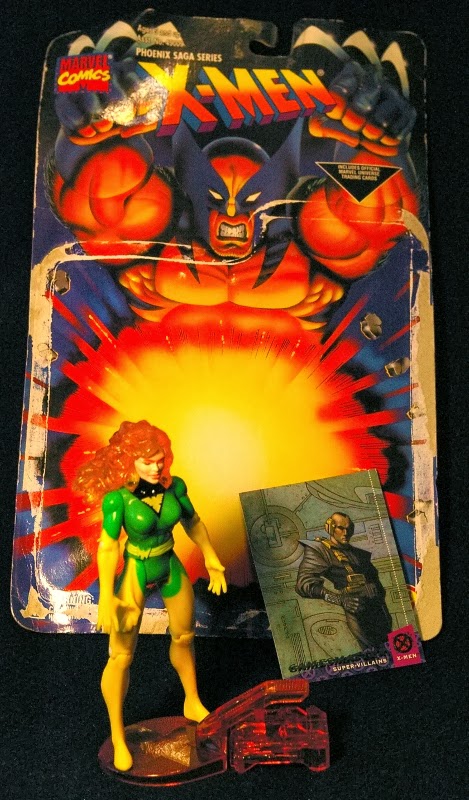