Well, we got a bunch of snow dumped on us again today. Luckily we got the call from work that school would be closed today last night. So what did I do... dug out a bunch of toys to photograph in the snow. I'll be posting snow pics mixed in with my regular posts for the next couple of weeks. Today's post is my GI Joe Arctic Strike Team which is all custom made GI Joes I cobbled together over the years. 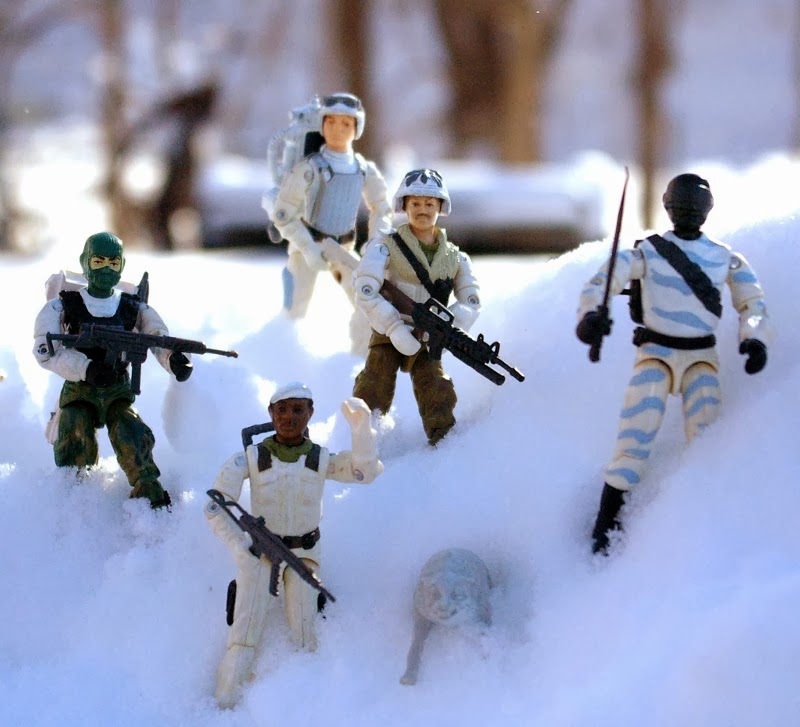 I have previously poster about all these figures (post 1 and post 2), so I'm just going to give a quick overview on them, Stalker is made predominantly using a Snow Job body. Stalker and all the early figures had a different style of neck that limits you on parts choices. Beach Head has Frostbite arms and Big Brawler legs. These figures have some small details painted on over top of the base colors the toys were originally molded in. 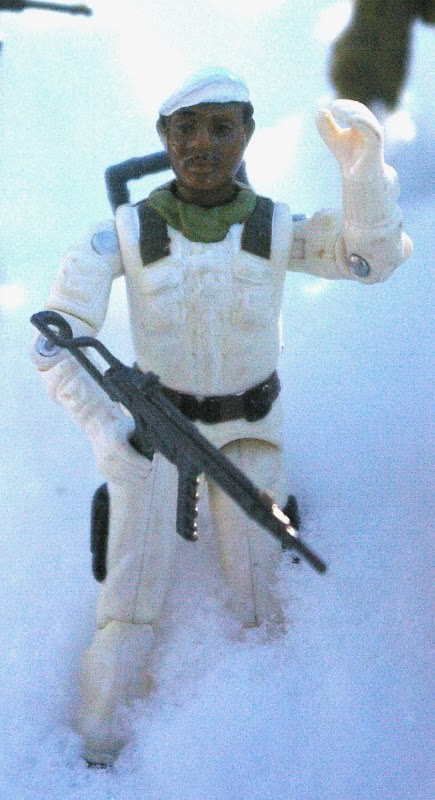 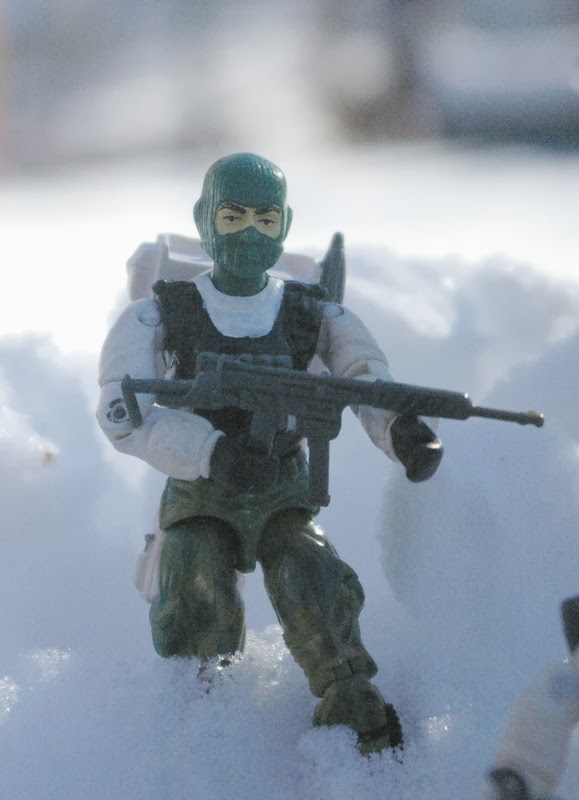 Grand Slam is a mix of his '83 figure and Snow Job. His jet pack is actually a Cobra Eel backpack. Footloose has the torso from a Frostbite figure. Again some parts are painted while with little details added in other color paint. Snake Eyes is made using a few pieces from a v2 Snake Eyes along with Frostbite arms and legs. He needed a little something to jazz him up so I added the blue tiger strip camo pattern. 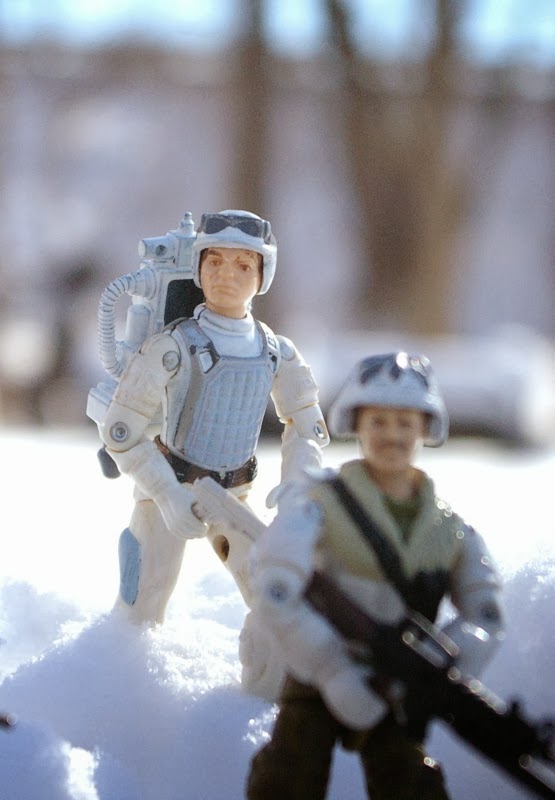 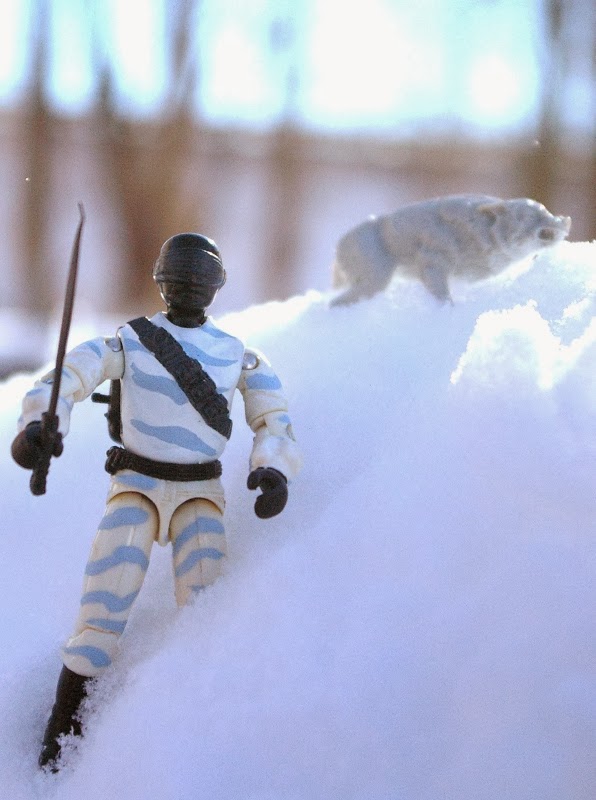 I loved playing with my toys in the snow as a kid. I think that's why I enjoy making custom snow troopers. I had a lot of Frostbites laying around becuase he is one of the few figures to have no holsters or details on his thighs. So I buy any of them I find to us for customs of civilians.