So, yesterday I met up with a couple of my friends at the Winter Fever Toy Show. The show was held at a community college and as spread out between two rooms and a couple of hallways. I planned to stop at a flea market on the way, but they weren't open (I guess because of the snow yesterday). So I headed straight to the toy show. I paid the early buyers fee since I got there earlier than I intended to do so. I walked around and scoped out the place. Later on I met up with my friends Rose, Tony, Nick, and Mike. 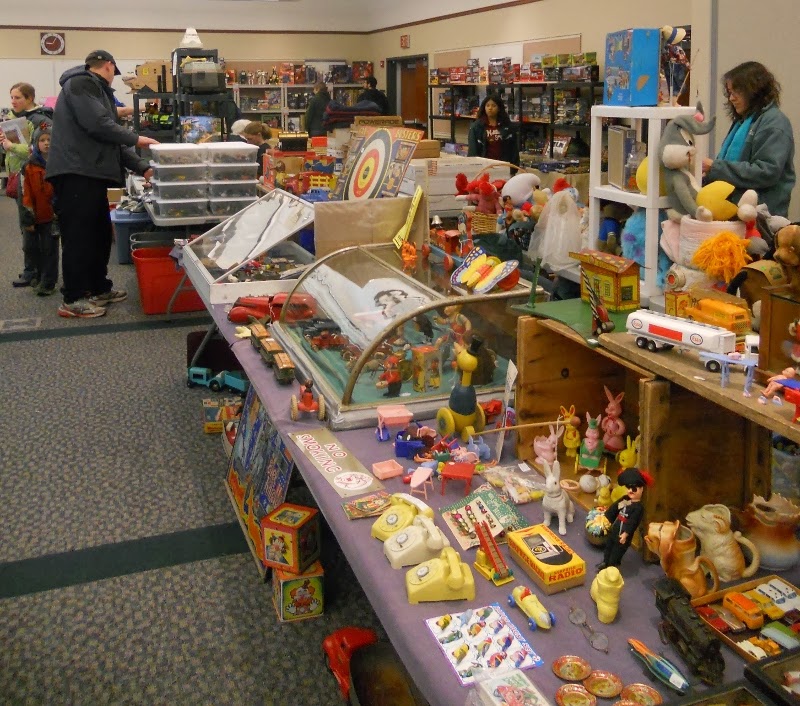 The show had a lot of dealers including Robert Bruce, the pop culture expert from Kevin Smith's Comic Book Men show. The toys ranged from old metal tanks and trains to modern action figures. I saw quite a few carded vintage Star Wars figures, but not much in the way of carded vintage GI Joes. 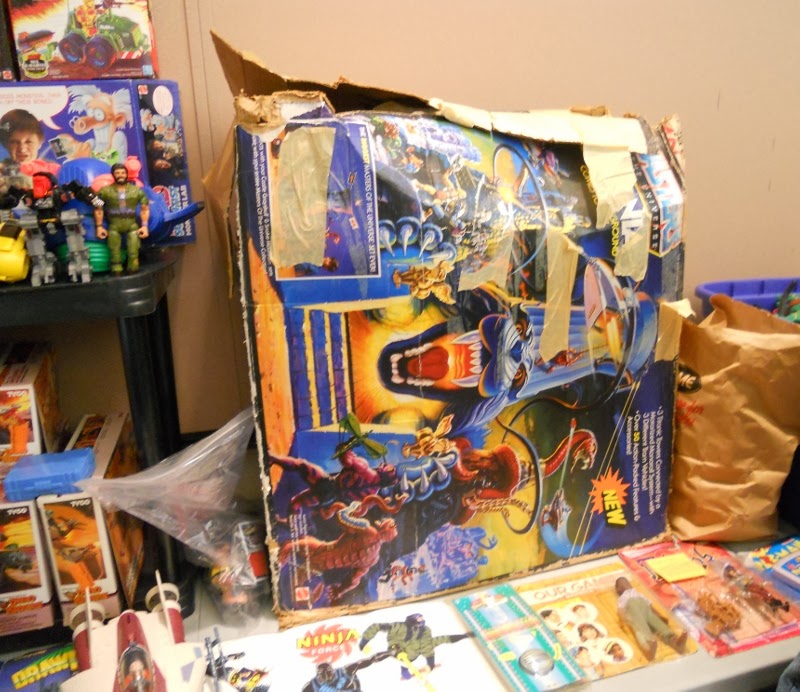 I was totally blown away by the sight of this complete Eternia Playset. The box of course was beat, but it was still cool to see. I thought about buying the GI Joe placemat at the bottom of the table, but didn't. When I came back later it had sold. Rose bought a carded McCoy figure from the Star Trek Movie line. Tony got a cool Buck Rodgers Pop-up books. Mike bought two GI Joe Collector's Club subscription figures and Nick got a carded GI Joe Renegades 3-Pack from back in the day. They each bought other stuff, but this isn't their blog. I'll be posting some of my other purchases through out the week, but here are a few of the random toys I picked up. Hoggish Greedly the pig man bad guy from Captain Planet in the tan military suit. A 90's Toy Biz Nightcrawler figure. Frankenstein's Monster from the Real Ghostbusters. Bizarro from the animated DC Justice League cartoon. Michelangelo from the 2000's TMNT line and a Robotech figure. 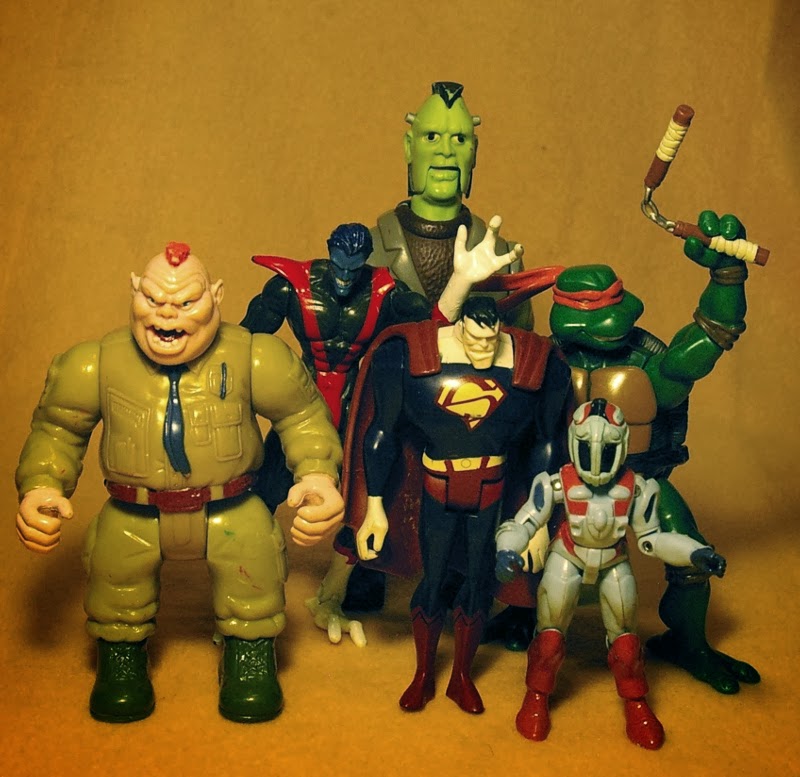